Kumaraswamy, while presenting the budget for fiscal 2018-19, said, "I propose to waive farm loans totalling Rs 34,000 crore, with Rs 2 lakh per farmer family," .In some straight talk, Kumaraswamy, said he was increasing levies to generate more revenue so as to reduce the burden of Rs 34,000 crore resulting from farm loan waiver. 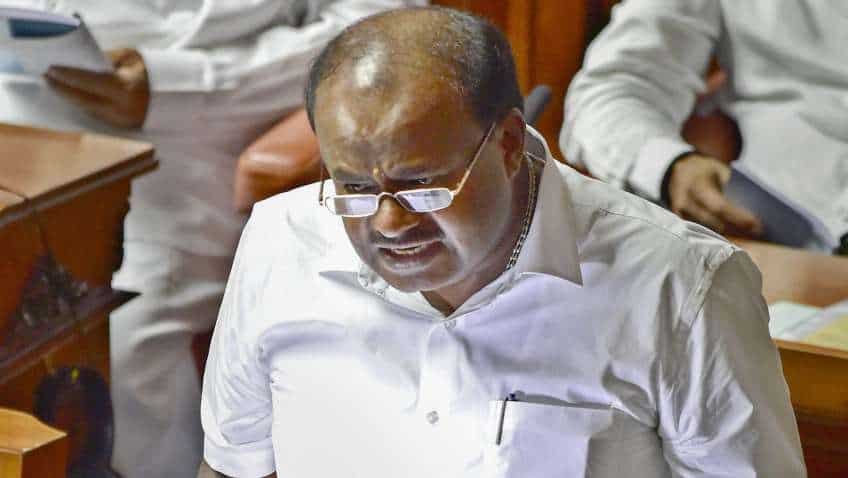 Karnataka budget: The new JD(S)-Congress coalition government on Thursday presented its first budget and promptly waived off farm loans totalling Rs 34,000 crore. While this came as a big relief for distressed farmers, other segments of society suffered multiple blows as Chief Minister HD Kumaraswamy led government proposed higher levies on petrol, diesel, liquor and power. While the loan waiver will drain the treasury, the new levies will help replenish it as more revenue will flow in. Kumaraswamy, who holds the Finance portfolio, presented a Rs 2,13,734 crore budget.

Kumaraswamy, while presenting the budget for fiscal 2018-19, said, "I propose to waive farm loans totalling Rs 34,000 crore, with Rs 2 lakh per farmer family," .In some straight talk, Kumaraswamy, said he was increasing levies to generate more revenue so as to reduce the burden of Rs 34,000 crore resulting from farm loan waiver.

He added, "All crop loans defaulted by farmers up to December 31, 2017 are waived in the first stage. Only loans borrowed from district cooperative banks and state cooperatives are waived in the first stage."
Not just this, there was more good news for farmers as Kumaraswamy also proposed in the budget to allot Rs 6,500 crore for farmers to avail as new loans. This they can do after submitting a certificate from the department concerned that their loan arrears have been waived.

He added to the windfall for farmers by saying, "Farmers who repaid loans within the stipulated time will be entitled to fresh credit up to Rs 25,000 or repaid amount, whichever is less". The other segments of society should however, get set to feel the pinch over a higher tax outgo for purchases. The budget proposes to increase petrol price by Rs 1.14 per litre and diesel by Rs 1.12 per litre.

Kumaraswamy indicated the massive amounts of revenues he is targetting by the nature of the hikes - revealed the extent of the gain in monetary terms from the above move. The CM said, "I propose to increase tax on petrol and diesel by 2 per cent, (levy) additional excise duty on Indian made liquor brands (at) 4 per cent, tax on captive power (by) 20 paise per unit and motor vehicle tax on commercial vehicles (by) 50 per cent .

As such, the revised excise revenue target is now Rs 19,750 crore as against Rs 18,750 crore set in the provisional budget that was presented by the former Congress govt on February 16.  The revised motor vehicle tax proposal will bring in another Rs 6,656 crore.

Tipplers buying spirits in the state are set for troubled times ahead. Kumaraswamy said, "I propose to increase the excise duty on Indian made foreign liquor (IMFL) by 4 per cent to raise additional revenue for meeting the budget expenditure".

Taxing energy was top on the list of Kumaraswamy presumably as he went on to announce a 20 paise per unit hike in power tariffs.
To add to the woes of the public, state-run oil marketing firms (OMCs) hiked fuel prices on Thursday too after almost a month of retaining a no-change policy.