Many in the Congress admit the separate religious minority status has also brought old doctrinal debates into the heart of the electoral battle for Karnataka. 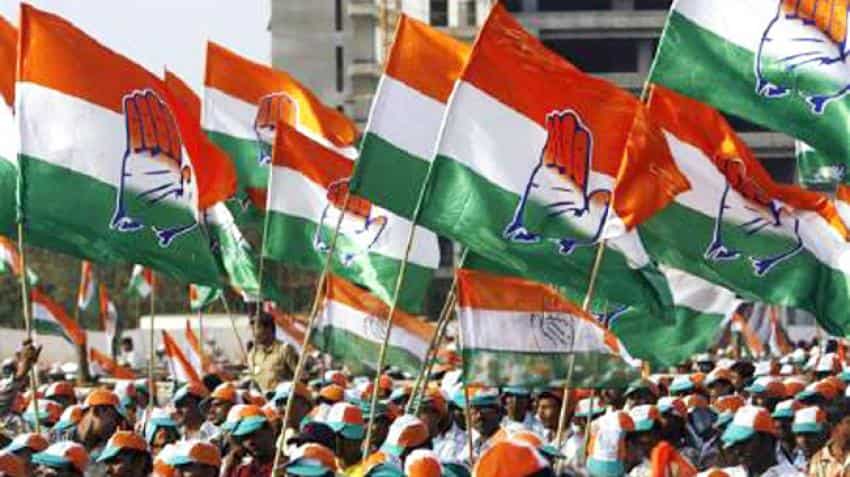 Many in the Congress admit the separate religious minority status has also brought old doctrinal debates into the heart of the electoral battle for Karnataka. Image source: PTI
Written By: ZeeBiz WebTeam
RELATED NEWS

Was the Siddharamaiah government’s decision to give into the old demand to grant Lingayats the status of separate religious community just an election ploy? Will it lead to a social churn that will outlast the Karnataka assembly elections? “Answers to these questions will vary depending on who one is talking to,” says Sarjoo Katkar, one of the experts on the panel appointed by the Siddharamaiah government to study the issue. The much sought-after political observer says, “The government’s decision came barely a week before poll dates were announced. So there was expectantly charge by the opposition that this is an attempt to sway the large and influential Lingayat community.”

Many in the Congress admit the separate religious minority status has also brought old doctrinal debates into the heart of the electoral battle for Karnataka. “This will cast a shadow not only on 2018 assembly elections but also on the 2019 general elections,” says a senior influential minister close to Siddharamaiah. “The Lingayats have traditionally gone with the BJP in most elections and were almost taken for granted. They could have taken the same step when in power but didn’t. It is this message that is leading to a churn in the community and taken the wind out of the BJP’s campaign.”

“The fact that the several mutts and religious heads have signalled their support for the Congress may be giving the BJP sleepless nights but it is unlikely the Lingayats will vote en masse for the Congress who they have always maintained a distance. This move will cut into the BJP’s en masse voter base. Even if 20% Lingayats vote for Congress, it could lead to a clean sweep for the party.”

While BJP’s CM candidate BS Yedyurappa, himself a Lingayat, brushes off the churn this has caused, others in his party admit the move was bound to result in political chaos. “The Congress has, conveniently, passed the buck to the Centre and put the state BJP in a tight spot,” says a senior BJP leader from coastal Karnataka. “Trying to get back the energy into the campaign in North and Central Karnataka where Lingayats have a sizeable presence will be a challenge. We are all awaiting PM Narendra Modi’s rallies in the last phase to infuse vigour into the campaign.”

This leader too hopes though that the fact BJP’s prospective CM candidate Yeddyurappa is a Lingayat, who had supported the demand for minority tag in his previous avatar as the leader of the breakaway party, KJP, will help. “Our whole strategy will be to highlight this factor. The Lingayats wouldn’t want to let one of own community members down to support a Kurva candidate (Siddha) as CM again.”

While it is true that the community has been a strong supporter of the BJP and even went against the party when their leader Yeddyurappa was asked to vacate the CM’s office. But even those within the BJP, who think it’s unlikely the community will wholeheartedly support the Congress, admit to some worry. “Let’s not forget that in April 2017 bypolls, Lingayats did not support BJP,” he points out.

Strategists within say the Congress knows that the Lingayats might not move 100% en masse to vote for their party. “But in this lurks the dangerous trap the Karnataka BJP can walk into for the general elections in 2019. The larger the Lingayat vote share the BJP gets, the more likely it is that the RSS and hardliners within their party will call it a negation of breaking up with Hinduism. In the run-up to 2019 they may ask the Centre to spike the state proposal to accord Lingayats as a different religion. That will bring the fence sitters and those still supporting the BJP in this election straight to the Congress in 2019,”  says this source.