Karnataka assembly election 2018: Polling will be held in a single phase on May 12 for 224 Assembly seats, including 36 reserved for the Scheduled Castes and 15 for the Scheduled Tribes. Votes will be counted on May 15. 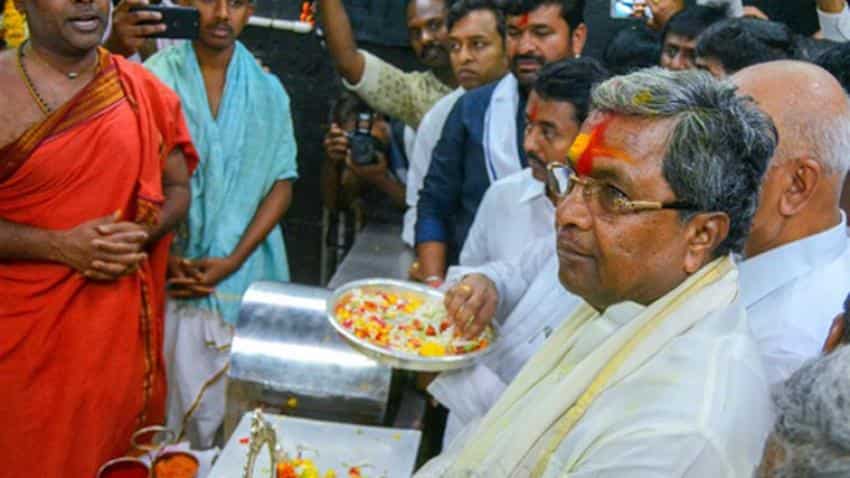 Karnataka assembly elections 2018: Siddaramaiah not to be Congress CM face? Find out

Karnataka assembly election 2018: A record number of 2,407 candidates are in the fray for the May 12 Karnataka assembly elections, as per the nominations received by the Election Commission till Tuesday, the last day for filing nominations. The candidates included 244 candidates from the ruling Congress, 258 from the Bharatiya Janata Party (BJP), 208 from Janata Dal-Secular (JD-S), 1,084 from Independents and 613 others from various regional and fringe outfits.

Of the 244 candidates of the Congress, only 15 are women. A total of 16 women have filed nominations as BJP candidates and 12 from JD-S. There are 56 other women contesting in the elections as Independents from various constituencies. Among those who filed their nominations on Tuesday included Chief Minister Siddaramaiah from Badami in Bagalkot district, his second nomination besides Chamundeshwari in Mysuru district. He will face BJP MP B. Sreeramulu, who also filed his nomination from the assembly segment, in addition to Molakamuru (reserved) seat in Chitradurga district.

Congress on Tuesday fielded P. Ravikumar Ganiga from Mandya Assembly segment after the party`s sitting MLA and popular star Ambareesh declined to contest though the party gave him the form required for nomination (Form-B) and tried to convince him in vain. The party`s state incharge K.C. Venugopal told the media here later that Ambareesh was not in fray for health issues but hoped he would campaign for the Congress as he was one of the most popular leaders in the state.

Karnataka assembly elections 2018: Siddaramaiah not to be Congress CM face? Find out