The waiver will help 22,27,506 farmers who had obtained loans from cooperative banks, Chief Minister Siddaramaiah said in the Assembly. 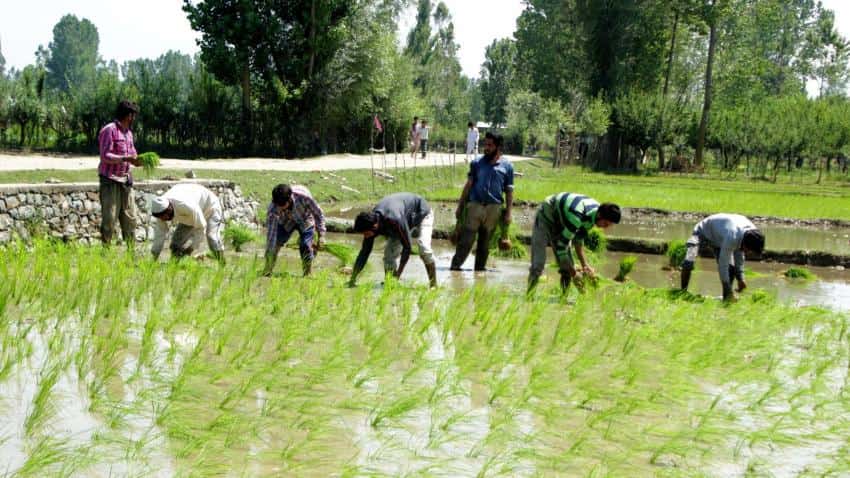 Who gets impacted by these farm loan waivers? Banks, NBFCs or MFIs

Facing mounting pressure from farmers and opposition parties, the Karnataka government today announced crop loan waiver of up to Rs 50,000 per farmer, that will cost Rs 8,165 crore to the state exchequer.

The waiver will help 22,27,506 farmers who had obtained loans from cooperative banks, Chief Minister Siddaramaiah said in the Assembly.

Karnataka has become the fourth state this year to take such step following Uttar Pradesh, Maharashtra and Punjab. The state is headed for polls Assembly polls next year.

"Farmers are in distress. They have been demanding loan waiver. We have to respond to farmers even though it will have impact on the state's finances," Siddaramaiah said.

He said that in the interest of the agriculture sector, the government has decided to come to the rescue of 22,27,506 farmers and waived their crop loans or short-term loan fromcooperative banks outstanding till yesterday, by Rs 50,000 oneach farmer, irrespective of the loan amount.

"Unlike in Uttar Pradesh, the order to this effect will be issued immediately," he added.

Karnataka has been reeling under successive years of drought, with the last two years being described as "severe" by the government.

Siddaramaiah had been under constant attack from the opposition BJP, which has accused him of "dilly dallying" on loan waiver.

But he had put the onus on the NDA government at the Centre, saying it had to take the initiative to waive loans borrowed from nationalised and grameen banks which came under its ambit.

Of over Rs 52,000 crore crop loan or short term loan obtained by farmers, 80 per cent (about Rs 42,000 crore) has been obtained from nationalised and grameen banks and 20 per cent (Rs 10,736 crore) from cooperative banks.

The Karnataka government, which had initially said that it would announce loan waiver if the central government agrees to do its part, had come under intense pressure following waivers by the other three states without the Centre's assistance.

Raising the political pitch, BJP state President B S Yeddyurappa had also announced a state-wide agitation, culminating in a stir in Bengaluru.

While making the announcement today, Siddaramaiah demanded that the Centre should now come to the rescue of farmers by waiving the loan obtained from nationalised and grameen banks.

He said the state government's move would only benefit 20 per cent of the farmers.

The Chief Minister and Congress MLAs also chided BJP over the Centre being non-committal on the issue.

"BJP does not have any moral rights to speak about farmers," Siddaramaiah said.

Accusing BJP of abandoning and forgetting the farmers, Congress Vice President Rahul Gandhi during his recent visit to the state had advised the state government to assist them.

"Karnataka's farmers should feel that this is their government, and I am confident that the Chief Minister is constantly listening to them and working for their interest," he had said.

BJP and JDS on their part have claimed that the loan waiver announcement was a result of their relentless efforts both inside and outside the House.

Finance Minister Arun Jaitley had yesterday said that the Centre was not considering any proposal for farm loanwaiver, and it intends to adhere to the Fiscal Responsibilityand Budget Management (FRBM) Act and fiscal deficit targets.

Farmers in various parts of the country have been agitating seeking waiver of loans.

Keeping up the poll promise, Uttar Pradesh was the first state this year to announce Rs 36,359 crore farm debtwaiver for small and marginal farmers.

This was followed by Rs 30,000 crore farm loan waiver in Maharashtra amidst large-scale protests.

The last loan waiver for farmers in Karnataka was announced by the Shettar-led BJP government to the tune of Rs 3,600 crore ahead of the 2013 assembly polls.

Who gets impacted by these farm loan waivers? Banks, NBFCs or MFIs