Kangana Ranaut has taken a dig at Bollywood celebrities who are protesting the killing of George Floyd in Minneapolis, US, but endorse fairness cream. 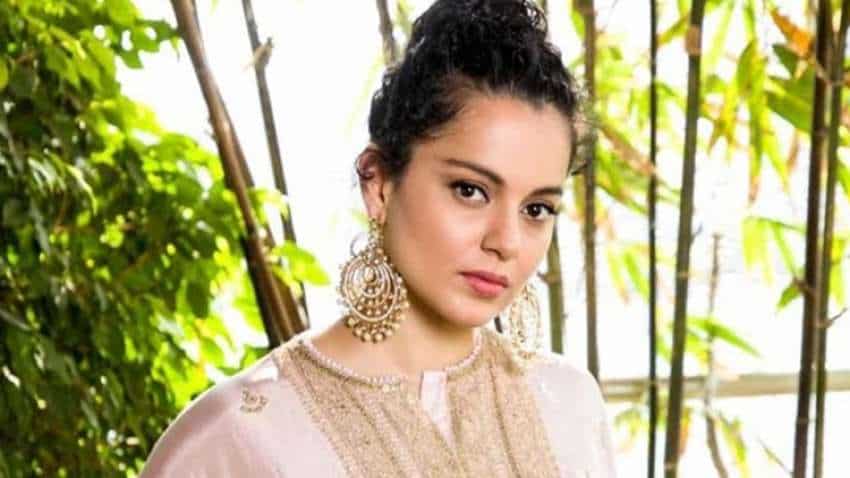 In the interview, Kangana also pointed out that many Bollywood actors and actresses who endorse fairness creams were now talking about racial discrimination. Photo: Reuters
Written By: IANS
RELATED NEWS

Kangana urges all to boycott Chinese goods after Galwan attack

Kangana Ranaut has taken a dig at Bollywood celebrities who are protesting the killing of George Floyd in Minneapolis, US, and taking part in the Black Lives Matter campaign, but preferred to stay mum when two sadhus were lynched in Palghar.

"I feel it has become fancy to somehow be a part of this bandwagon which is relevant to the West. But if you see how Asian celebrities and actors work, they are very impactful in this part of the country. I don`t know how they are participating in the socio-political reform of America. Just a few weeks ago, two sages were killed openly in a mob, they we`re lynched to death. But unfortunately cops handed them over to the bloodthirsty mob. There was not a word from anyone. I think that would probably resonate with the majority Indian sentiments," said Kangana, in an interview with BBC.

A video clip of the interview has been shared on the actress`s official Instagram page. In the interview, Kangana also pointed out that many Bollywood actors and actresses who endorse fairness creams were now talking about racial discrimination.

"These people, especially the Indian celebrities, the successful ones, certainly I am the exception, they have been endorsing all kinds of fairness products and today shamelessly they stand and say black lives matter. How dare they? Why is no one asking them? What about these million dollar deals that they have been doing with all kinds of fairness products and how come now suddenly black lives matter?" she said.

The actress added: "When you politicise your compassion, your activism, your humanity, then you are also a part of the problem. The problem is selective compassion and I think that is what we are seeing here in India. Most celebrities are being called out on this that why there was no outrage over the monks because sadhus are like monks. They were killed precisely because they were wearing saffron clothes. There is no outrage. Everybody is mum about it. I think the dissent is also being commercialised to look busy without work I`d say."

"A fully developed super power, a developed nation like America, we want to involve ourselves in their political issues but we have so much to do here...We should take a lead from them and we should talk about our issues because every country has their own set of issues and we need to first deal within the house before we go out and try and reform the world. We are failing to do that," she told BBC.

Kangana urges all to boycott Chinese goods after Galwan attack