In a tweet, Ranaut said that ‘Biden’s data crashes every 5 minutes’ and it will be Kamala Harris who will run the show. Harris is the first woman in history to hold the second highest position in America. 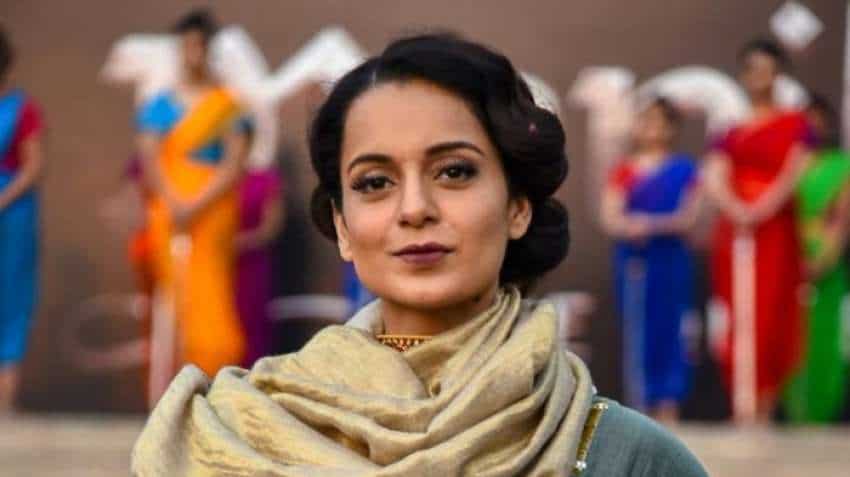 Ranaut said that ‘Biden’s data crashes every 5 minutes’ and it will be Kamala Harris who will run the show. Source - PTI.
Written By: ZeeBiz WebTeam
Edited By: Harish Dugh
RELATED NEWS

Actor Kangana Ranaut has taken a dig at US President-elect Joe Biden by likening him to Aamir Khan’s character from the film Ghajini. In a tweet, Ranaut said that ‘Biden’s data crashes every 5 minutes’ and it will be Kamala Harris who will run the show. Harris is the first woman in history to hold the second highest position in America.

“Not sure about Gajini Biden who’s data crashes every 5 minutes, all the medicines they have injected in to him he won’t last more than a year, clearly Kamal Harris will run the show. When one woman rises, she makes the way for every woman. Cheers to this historic day,” Ranaut tweeted.

Joe was projected as the 46th President of the United States on Saturday after he won the electoral college with the final tally of votes from Pennsylvania and Nevada. Pledging to be the president of all Americans, Joe has sought an immediate end to the “grim era of demonisation” in the deeply-polarised nation, as he and Kamala celebrated their historic triumph over Donald Trump in a bitter and closely-fought presidential election.

Meanwhile, the current US President Donald Trump has refused to concede the defeat. He has announced filing multiple lawsuits against the election results in key battleground states like Pennsylvania.

Following this win, US President-elect said that he would be honoured to be serving with a "fantastic vice president" Kamala Harris, who scripted history by becoming the first woman and first daughter of immigrants ever elected to national office in this country.

During his first year of presidency, Joe Biden plans to bring together the democracies of the world by hosting a global Summit for Democracy to renew the spirit and shared purpose of the nations of the Free World, according to a policy paper issued by his campaign during the US presidential election. India, being the world's largest democracy, is likely to play an important role in such a summit.

Modi government rises to the occasion in world war to defeat Covid-19; assures Nepal for vaccine