Kanchana 3 Box office collections: The fourth installment of Raghava Lawrence’s horror-comedy franchise, Kanchana 3, has managed to dominate the box office since its release. 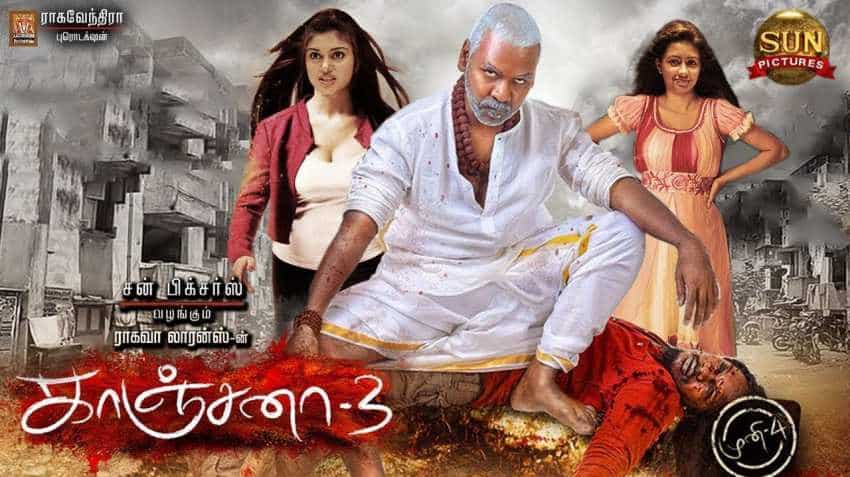 Kanchana 3 Box office collections: The fourth installment of Raghava Lawrence’s horror-comedy franchise, Kanchana 3, has managed to dominate the box office since its release. Released on more than 2600 screens across the world, the film's popularity can be assessed through the congregation of audience in great numbers. Kanchana 3's starcast includes Kovai Sarala, Devadarshini, Oviya and Vedhika, besides Raghava.

The first weekend of Raghava Lawrence directed movie is stated to have witnessed a great response at the Chennai box office, and its performance is stated to be better than other language new-releases including Kalank and Jersey.

Kanchana 3 has collected Rs 2.58 crore from 426 shows in the first weekend, said Behindwoods reports. This number is considered huge for a movie starring Raghava Lawrence, and film trade trackers believe that long holiday weekend was one of the reasons.

At the Chennai box office, Bollywood film Kalank is placed in the second place after 111 shows. The Karan Johar's movie earned Rs 73.43 lakh in the capital city of Tamil Nadu. Hollywood film, The Curse of the Weeping Woman, has raked in Rs 29.41 lakh from 126 shows, while Telugu movie Jersey managed to collect Rs 23.56 lakh from 87 shows.

Tamil flick Mehandi Circus has collected Rs 7.41 lakh from 72 shows, while Tamil film Vellai Pookal has raked in Rs 5.27 lakh from 51 shows. Natpe Thunai has entered its third weekend by collecting Rs 3.87 lakh from 39 shows. The total collection of the flick stands at Rs 2.69 crore.

Notably, Kalank was released at 4,000 screens across the country, and on the Day 1, it bagged a record collection of Rs 21.60 crore. This is stated to be Varun Dhawan’s highest grosser so far, as his earlier movies like Dilwale, Judwaa 2, ABCD 2, Badrinath Ki Dulhania, Dishoom and Humpty Sharma Ki Dulhania were able to collect Rs 21 crore, Rs 16.1 crore, Rs 14.3 crore, Rs 12.25 crore, Rs 11.05 crore and Rs 9.02 crore respectively on the first day of release.