Kalank Box Office Collection day 1: The film produced at a budget of Rs 100 crore including publicity and advertising has been released at around 5300 screens worldwide. 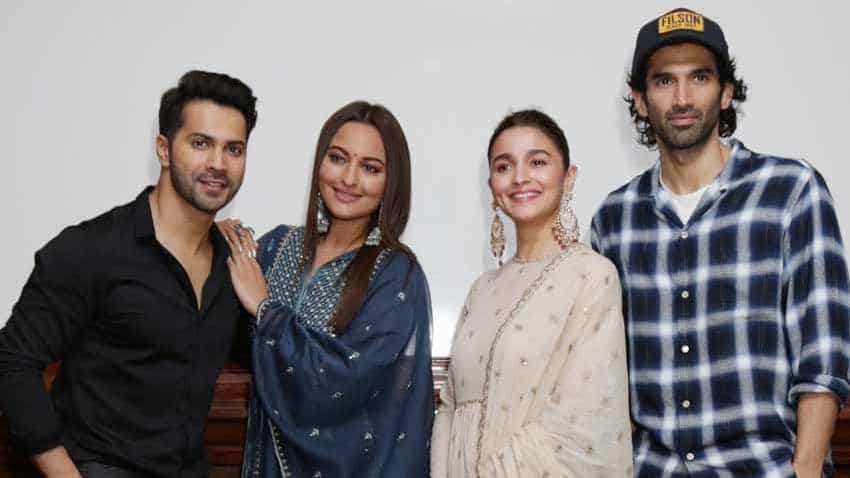 Kalank has been released on Wednesday instead of traditional Friday release.
Written By: ZeeBiz WebTeam
RELATED NEWS

Kalank Box Office Collection day 1 prediction: Directed by Abhishek Verman and starring Varun Dhawan, Alia Bhatt, Madhuri Dixit, Sonakshi Sinha, Aditya Roy Kapur, Kriti Sanon, and Sanjay Dutt, the multi-starrer Kalank has released today across India and in overseas market as well. The film has been released on Wednesday instead of traditional Friday release. This week has two extra holidays barring Saturday and Sunday - one on Wednesday (Mahaveer Jayanti) and another on Friday (Good Friday). Thus, the holidays may push the movie towards a better earning in the releasing week. Film critic and trade analyst Sumit Kadel told Zee Business that the film may earn between Rs 18-20 crore on day 1.

"Kalank may earn between Rs 18 to 20 crore on opening day. The advance booking for the film is average and the collection is directly dependent on the spot booking," said Kadel.

Kadel further added that movie is a disappointment. "Kalank is a huge disappointment. Though the film is a visual spectacle, the odious screenplay, lousy writing, confused characterization has made the film soul-less. Kalank is a tortuous affair," said Kadel while giving the film only one star in his review rating.

The film produced at a budget of Rs 100 crore including publicity and advertising has been released at around 5300 screens worldwide. "#Kalank screen count... India: 4000, Overseas: 1300, Worldwide total: 5300 screens. #Kalank is the widest release for Varun Dhawan and Alia Bhatt. Also, #Kalank is the widest release of 2019 *so far*. #MahaveerJayanti [Wed] and #GoodFriday [Fri] holidays will boost biz," said film critic and trade analyst Taran Adarsh.

While the movie has not received a great review, now its finally up to the audiences how they see it. A good word of mouth may act as a solid booster for the film.