Kabir Singh Collection prediction: Shahid Kapoor's much awaited movie, Kabir Singh is all set to release on Friday (21st June). The movie is a remake of famous Telugu blockbuster, Arjun Reddy that came in 2017. 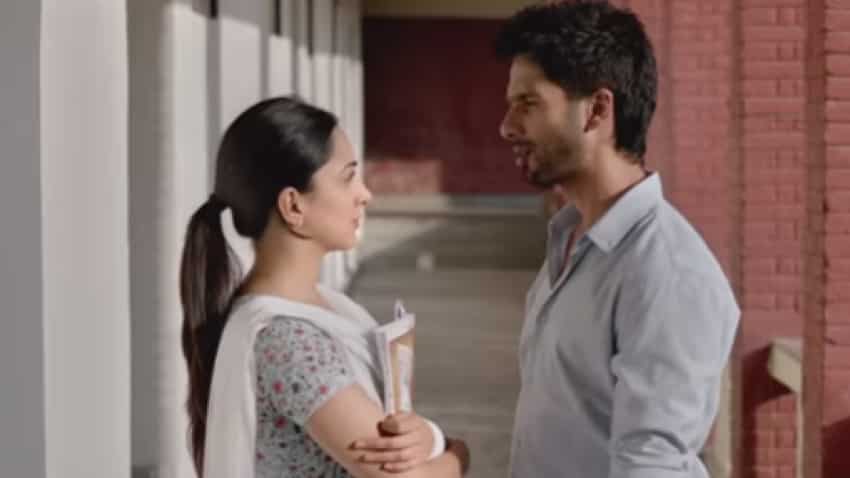 Kabir Singh Collection prediction: Shahid Kapoor's much awaited movie, Kabir Singh is all set to release on Friday (21st June). The movie is a remake of famous Telugu blockbuster, Arjun Reddy that came in 2017. Directed and written by Sandeep Vanga, the film Kabir Singh has Shahid Kapoor and Kiara Advani in lead roles. The movie has created a lot of curiosity and buzz on social media and has become a subject of discussion among the youth over the issue that it has picked up to highlight.

Film Critic and Trade analyst, Sumit Kadel told Zee Business Online, ''The movie has created a buzz on Internet right after its trailer launch. Shahid Kapoor is looking tough on screen and the movie is expected to grab attention of youth. As far as the opening business is concerned, it can easily collect Rs 11 to Rs 12 crores on its release day.''

With an exciting trailer and storyline of a Telugu Blockbuster, Kabir Singh looks promising to audience. While the icing on the cake are the songs and music of the film with Arijit Singh on board. The experts also expect Kabir Singh to become Shahid's first solo movie to cross Rs 100 crore at B.O.

The story of the film revolves around on the title character Kabir Singh (Shahid), an alcoholic surgeon who goes on a track of self-destruction after his girlfriend Preeti (Kiara Advani) is forced to tie the knot with someone else. From the first look, Kabir Singh is generating positive buzz and is expected to gain attention in cities like Delhi, Mumbai, Lucknow, Jaipur, Kanpur and number of high urban population. Shahid’s character Kabir Singh looks in a different shades of a cool college boy, a bearded alcoholic and a tough guy.