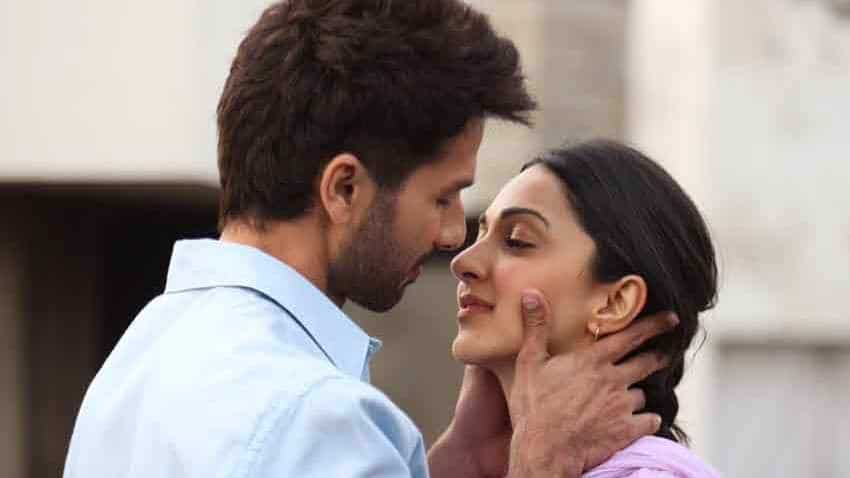 Kabir Singh box office collection day 1: Shahid Kapoor and Kiara Advani starrer Kabir Singh has got off to a flying start on Friday, amid no competition at the box office. The film released amid high buzz and its promos were a big hit among the movie lovers. Film Trade analyst, critic and influencer Sumit Kadel confirmed on Friday morning that Kabir Singh has opened to 40 per cent occupancy across the country. He added that some major cities have also seen 55 per cent to 60 per cent occupancy. "#KabirSingh off to a flying start at the box office. Youth has flocked the theaters across India. Film is registering 40% occupancy in morning shows, 55-60% at major cities. FANTASTIC opening," Kadel tweeted.

Interestingly, Kabir Singh is Shahid Kapoor's biggest solo release ever, releasing on 2400-2700 screen across India. The actor is yet to cross the Rs 100 crore mark in a solo release. He did achieve the feat with Sanjay Leela Bhansali's multi-starrer Padmvat though. Kabir Singh could change that stat.

A Hindi remake of the Telugu film Arjun Reddy, Kabir Singh has got the second best advance booking in 2019 after Salman Khan's recent release Bharat. Kadel said that it should help the film earn around Rs 15 crore on day 1. "#KabirSingh was supposed to take very good opening with A Center’s multiplex Support providing its a youth big cities film, but to our surprise film is having terrific Advance booking in B tier cities like Jaipur, Indore, Surat & the likes. ₹ 15 cr opening is on & may cross it," he said, in another tweet.

Another thing that can work for the film is that Kabir Singh ticket prices have been kept on the lower side. It should allow film to do well at mass centres. "The makers of #KabirSingh have kept the tickets price low which could do wonders for the film & it is reflecting on its advance sales. Even mass centers are having very good advance. Superb," Kadel said.

The film has also released to a positive review with movie critic and business analyst Taran Adarsh calling it a powerful movie. "Not the typical romantic saga. Unconventional, but powerful. Shahid is outstanding, career-best act. Kiara is lovely. Director Sandeep is an incredible storyteller. Overstretched runtime is a deterrent. #KabirSinghReview," he tweeted.