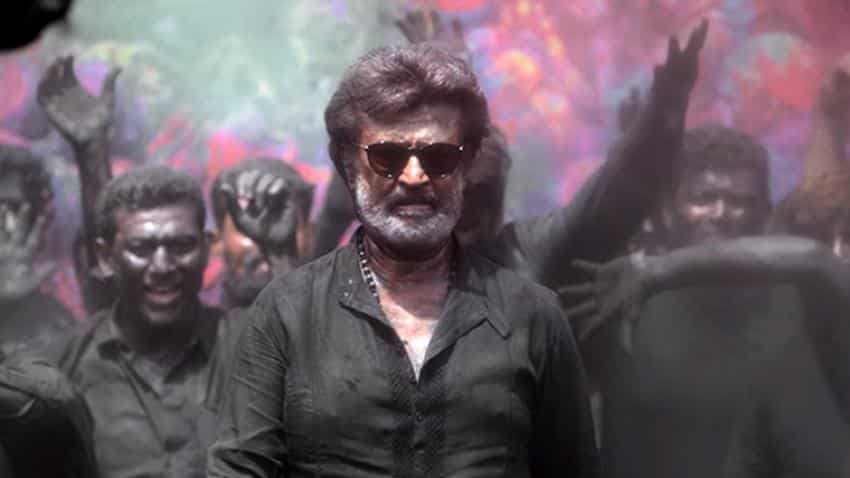 The word-of-mouth publicity is running behind the movie and the talk about Kaala crossing the Rs 100 crore mark has already started. Image source: Twitter
Written By: ZeeBiz WebTeam
RELATED NEWS

Kaala box office collection is reportedly humming and it is having a knock-on effect on stocks related to this Rajinikanth movie. PVR, Inox Leisure, and Eros International share prices gained up to 5 per cent on Thursday after cine superstar-politician Rajinikanth starrer Kaala had a blockbuster opening on Day 1. Reports say Chennai Box Office hit a new all-time record of Rs 1.76 crore on opening day. The movie was released across theatres in India on Thursday. The bumper box office collection will add to the earnings of these multiplex stocks.

Kaala has already been released with hordes of fans rushing to get entry, while some are dancing outside the cinema halls in South Indian cities like Chennai.

The word-of-mouth publicity is running behind the movie and the talk about Kaala crossing the Rs 100 crore mark has already started. Going by latest trends, this could be easily achievable as day 1 projection was Rs 30 crore, according to LiveMint. Kaala will be chasing the other 2 Rajinikanth movies' box office collections records like Kabali and Enthiran.

Considering Rajinikanth always manages to create records, , he managed to do so again. Kaala has become the the first Indian film to release in Saudi Arabia after it lifted the ban on viewing cinema.