Jobs in India: 63.5 million people in the age group of 20-35 years have entered the workforce in the last five years and it is estimated that by 2020 more than 50 per cent of the population would be below the age of 25 years. 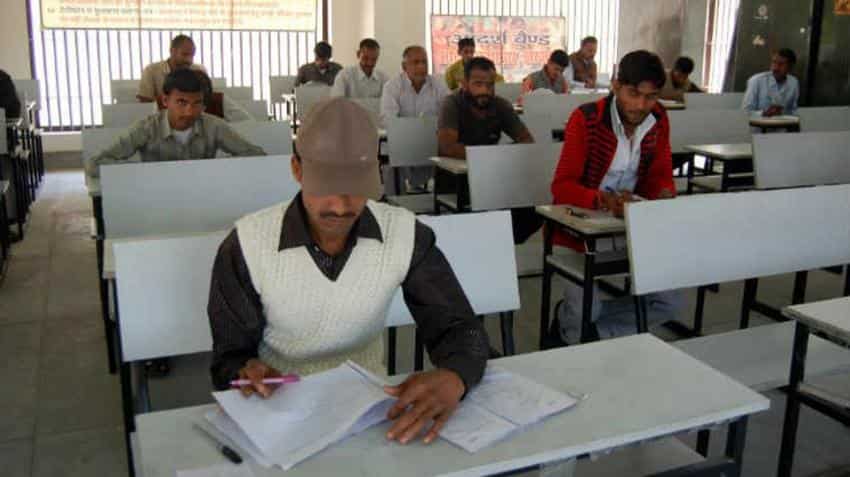 Jobs in India: Growth trajectory though robust has not been able to generate employment in the expected manner. Image source: PTI
Written By: PTI
RELATED NEWS

The "minuscule" size of the knowledge economy, and benefits of education still not reaching the remotest parts of the country were "worrisome situations" which need to be corrected, former president Pranab Mukherjee today said. Addressing a gathering of business leaders from both public and private sectors at a function here, Mukherjee also said India's demographic dividend ran the risk of turning into a "demographic disaster" if jobs were not created. "India has made spectacular progress in last seven decades and particularly in last three decades, since the liberalisation of the economy. But, there are certain challenges that I would like to flag," Mukherjee said. "Our growth trajectory though robust has not been able to generate employment in the expected manner," he said.

Mukherjee said that 63.5 million people in the age group of 20-35 years have entered the workforce in the last five years and it is estimated that by 2020 more than 50 per cent of the population would be below the age of 25 years. "Lest we generate jobs, our demographic dividend runs the risk of becoming a demographic disaster," he said, in his address at the 13th BML Munjal Awards for Business Excellence through Learning and Development. "The size of our knowledge economy is minuscule compared to the size of the country. Benefits of education have still not touched the remotest parts of the country. These are worrisome situations and need to be corrected at the earliest," he said. On skilling of the youth, Mukherjee said, a lot of "commendable work" was being done by the government, but it is still a "drop in the ocean".

"And, these are the areas of challenges where the private sector can make interventions, like through CSR (corporate social responsibility)," he added. Mukherjee also said there was a general perception that 'Artificial Intelligence' and automation could lead to high unemployment."It can happen if they don't increase productivity. But I feel AI could dramatically increase the capabilities of manufacturers and researchers to create new products, and that in the new process jobs can be created," he said.

He lauded the contribution made by the Munjal group and said the role of the private sector in nation-building cannot be underestimated. "I hope this award ceremony will make more companies come forward and offer a successful and scalable template in skill development and contribute to the nation-making," he said.