With the final approval from the Centre coming through, the UP Civil Aviation Department is now working on the bid process for construction of the greenfield airport, amid indications that the bids could be called in August. 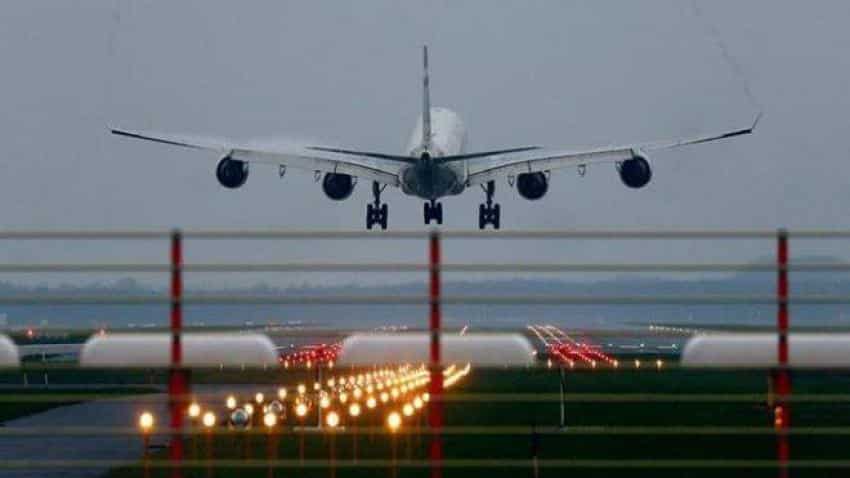 Jewar airport: Many sectors will benefit with the development of this airport. Image source: PTI
Written By: PTI
RELATED NEWS

The proposed international airport at Jewar in Greater Noida, which got the final nod yesterday, is expected to handle over 10 crore passengers by 2050, PwC, the agency which prepared the techno-economic feasibility report for the airport, has projected. It said 88 per cent of Jewar airport traffic would be domestic and 15 per cent international, adding that adjoining districts of Uttar Pradesh such as Agra and Gautam Budh Nagar would be the main contributors to the fliers volume to the airport.

It's likely that the passengers can take flights from the airport to international destinations such as London, Abh Dhabi, Doha, Dubai, Katmandu and Bangkok apart from flying to key domestic destinations, the report said.

"By 2050, Jewar Airport can serve 37 domestic and 31 international destinations," it said.

In its report, PwC has said it is expected to handle 60 lakh passengers by 2022-23, when the first phase of the project is slated to be ready and one crore passengers annually by 2029-30.

"And by 2050, the airport may look towards serving 100 million passengers a year," it added.

PWC was hired by the government to prepare the detailed project report, besides examining its techno-economic feasibility.

With the final approval from the Centre coming through, the UP Civil Aviation Department is now working on the bid process for construction of the greenfield airport, amid indications that the bids could be called in August.

Many sectors will benefit with the development of this airport and it will be really beneficial for the people of western UP who have to travel more than 250 km for Delhi or Lucknow Airports," UP's Civil Aviation Minister Nand Gopal Gupta said.

The strategic location of the Jewar airport will also help in decongesting the increasing air traffic and passenger rush at the IGI airport, he added.

Around 5,000 hectares of land has been identified for the project and the first phase of acquisition of land measuring 1,327 hectares for construction of terminal buildings and runways is expected to be initiated soon.
The airport would ease the pressure at the IGI airport in New Delhi, the seventh busiest in Asia, which at present handles over 60 million passengers annually.