Over 1,300 hectares of land is to be acquired from six villages and 2,250 families in Jewar area by the government for the first phase construction of the airport. 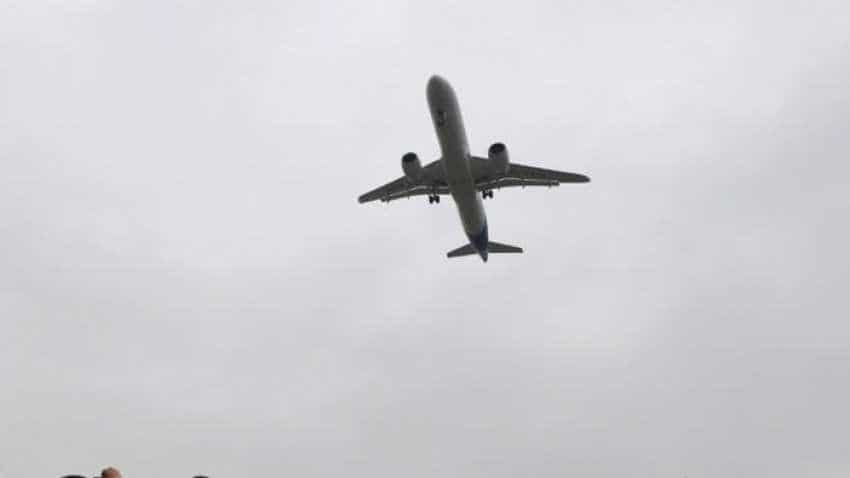 With an airport coming up in Jewar, the all-rounded development of the region including Noida and Greater Noida Industrial Zone is certain, it said. Representative image: Reuters

NOIDA: Industrial bodies and associations in Gautam Buddh Nagar have pitched in to assure all possible support to the farmers of the six villages whose land will be acquired for the proposed international airport in Jewar, officials said today.

Over 1,300 hectares of land is to be acquired from six villages and 2,250 families in Jewar area by the government for the first phase construction of the airport.

District Magistrate Brajesh Narayan Singh, who has been touring the villages and meeting farmers to negotiate the deal, said a positive outcome is expected soon.

"We have also got assurance from industry bodies and groups who are ready to support the administration and the government in the rehabilitation of the farmers," he told PTI tonight.

The district administration held a meeting with local bodies and associations on Wednesday, while also discussing the issue with farmers yesterday.

The bodies who have pitched in for support include the district units of the Confederation of Real Estate Developers' Associations of India (CREDAI), the Indian Medical Association (IMA), the MSME Industrial Association, Noida, the India Industries Association (IIA), Singh said.

He added that meetings are also scheduled with Information Technology bodies such as NASSCOM for their help.

Assuring its support to the administration, the MSME Industrial Association, Noida said that in the process of rehabilitating the people whose land is to be acquired, it is essential that these families get land, basic infrastructure facilities and amenities, employment, education, health care, among others.

"To support the administration and the government, our MSME Industrial Association, Noida has decided that we would help the members of these 2,250 families with healthcare, employment, education to their children, scholarships to meritorious students, etc," the industrial body said in a letter to the district magistrate.

With an airport coming up in Jewar, the all-rounded development of the region including Noida and Greater Noida Industrial Zone is certain, it said.

"Therefore, all industrialists of our association will be extremely thankful to these 2,250 families for their immense contribution in the development of Gautam Buddh Nagar and the nation," it added.

The MSME Industrial Association Noida's President Surendra Nahata said the body was ready to give its assurance to the affected people in writing, as has been demanded by some farmers.

"We are ready for detailed memorandum of understanding (MoU) for providing all necessary relief and compensation to the 2,250 families. Their contribution is going to be historic. A proper list should be made of all the people (whose land is to be acquired) and all-possible help provided to them,? Nahata said.

As per the state government's offer, farmers would be given Rs 2,300 to Rs 2,500 per square metre for the agricultural land that is to be acquired for the airport in Jewar, along the 165 km Yamuna Expressway.

Three villages were later excluded from the acquisition process, as land from Ramner, Mukimpur Shivara and Banwaribas will not be needed.