Another 118 owners Sunday agreed for acquisition of their land for a proposed international airport in Jewar, taking to 1,688 the number of villagers who have given their consent, Jewar MLA Dhirendra Singh said. 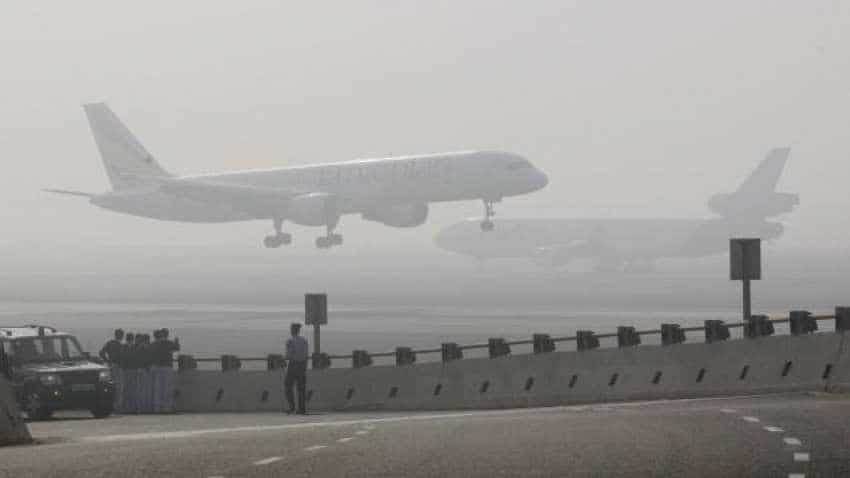 Another 118 owners Sunday agreed for acquisition of their land for a proposed international airport in Jewar. Image source: PTI
Written By: PTI
RELATED NEWS

Another 118 owners Sunday agreed for acquisition of their land for a proposed international airport in Jewar, taking to 1,688 the number of villagers who have given their consent, Jewar MLA Dhirendra Singh said. Singh said this in a statement after interacting with farmers and landowners, at Dayanatpur and Ranhera villages, whose land is to be acquired for the project in Gautam Buddh Nagar district.

A total of 5,000 hectares of land is to be acquired for the greenfield airport, the cost of which is estimated to be around Rs 20,000 crore. The airport is likely to be operational by 2022-23, if the land is acquired.

More than 1,300 hectare is to be acquired from five villages - Rohi, Parohi, Dayanatpur, Ranhera and Kishorpur - during the first phase of the project by Uttar Pradesh government.

Singh said he has been touring the region and meeting locals, urging them to give consent for land acquisition, amid doubts among villagers over the compensation amount, related benefits and the resettlement policy.

"Today, about 118 farmers from different villages agreed for the acquisition of about 240 bighas of their land in total. So far, about 1,688 farmers have agreed to give 627 hectares of land," the MLA said, according to a statement.

Interacting with farmers to address their concerns, he said, "Everyone wants to have a big project in his area, so that young people can get employment and the quality of life of the locals can be improved."

"Now after several years, this opportunity has knocked the doors of Jewar, which we can grab to not only benefit ourselves but also the people of other neighbouring districts," he added.

In the rehabilitation policy for affected people, efforts are being made to ensure they are resettled in villages which will be known by their former name, he said.

"Efforts are also being made to ensure their rehabilitation in developed areas along with employment opportunities for the youth," he added.

At least 159 landowners Saturday agreed for the acquisition of their land by authorities, the MLA said.