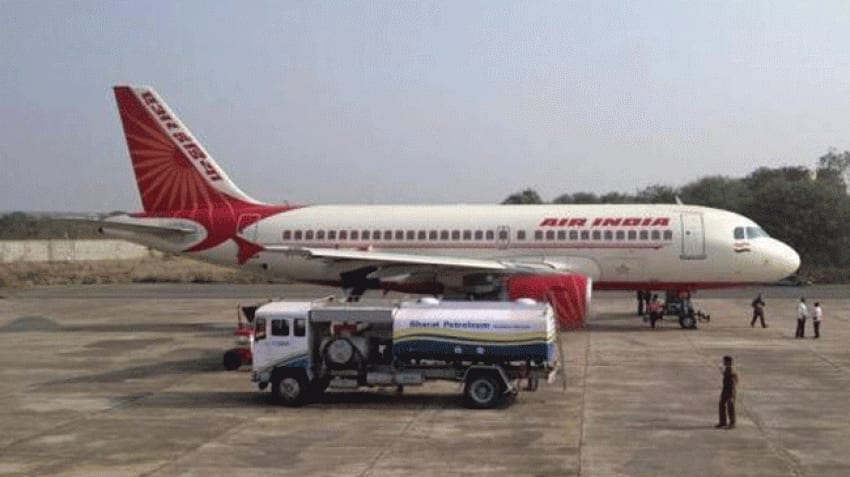 A government push to connect more cities via airports as an expanding middle class increasingly takes to the skies is set to help propel the country`s demand for jet fuel to record highs this year. That rapid growth in appetite for aviation fuel means the country`s refiners are far less likely to send cargoes abroad, tightening markets from Asia to Europe.  Years of breakneck economic expansion have helped India become the world`s fastest growing major domestic aviation market, according to the International Air Transport Association.

That has been underpinned by ambitious government plans to overhaul the nation`s infrastructure, including a push to build airports and offer airlines incentives to fly to smaller cities. "The country`s air transport sector has huge potential to grow in the long-term given its large geographical expanse and growing consumer affluence," said Sri Paravaikkarasu, a Singapore-based analyst at energy consultancy FGE.

That would be an annual growth rate of around 12 percent, comparable to what China achieved during its main boom years in the early 2000s.

India used 2.02 million tonnes of aviation fuel from January-March this year, up 9.4 percent from a year earlier, the latest government data showed.

REACH FOR THE SKIES
Under a flagship government scheme, the Airports Authority of India (AAI) is set to invest 175 billion rupees ($2.7 billion) in upgrading airport infrastructure over 2019-20.

"Both passenger and freight miles should benefit from the state-led build out in related infrastructure and improving domestic interconnectivity," said Emma Richards, a senior oil and gas analyst in London at BMI Research.

In a round of bidding for air routes concluded earlier this year, the AAI awarded over 400,000 kilometres per week to connect smaller cities, known as `Tier 2` destinations.

Top Indian carrier Interglobe Aviation, which operates as IndiGo and won most of the tenders, said new routes would include flying from Bhopal in central India to Nashik in the west.

India`s domestic air traffic for the first two months of 2018 jumped nearly 22 percent from the year before to 22.2 million passengers, according to data from the Directorate General of Civil Aviation.

LESS FOR THE REST
Indian oil refineries such as Reliance Industries and Essar Oil are significant exporters of petroleum products including jet fuel. Thomson Reuters data shows India is one of the top three Asian suppliers of jet fuel.

But exports are set to slow as local demand surges.

"Domestic demand growth will certainly limit its ability to service other markets in the region," said Richards at BMI.

To deal with rising consumption, India`s refineries are expanding.

India`s Ratnagiri Refinery & Petrochemicals - a joint venture between Indian Oil, Hindustan Petroleum and Bharat Petroleum - in April signed an initial deal with Saudi Aramco to build a huge refinery in the western state of Maharashtra. Reliance Industries, operator of the world`s largest refinery, plans to expand its oil processing capacity by over 40 percent by 2030.