Jet Airways stock: Should you buy cash-strapped airline's shares? Will you rmoney get wings? What experts suggest

Jet Airways have plunged by nearly 76% in one year’s time.  While rejecting the offer for funding, the lenders after due diligence decided another root to keep Jet Airways in the air. 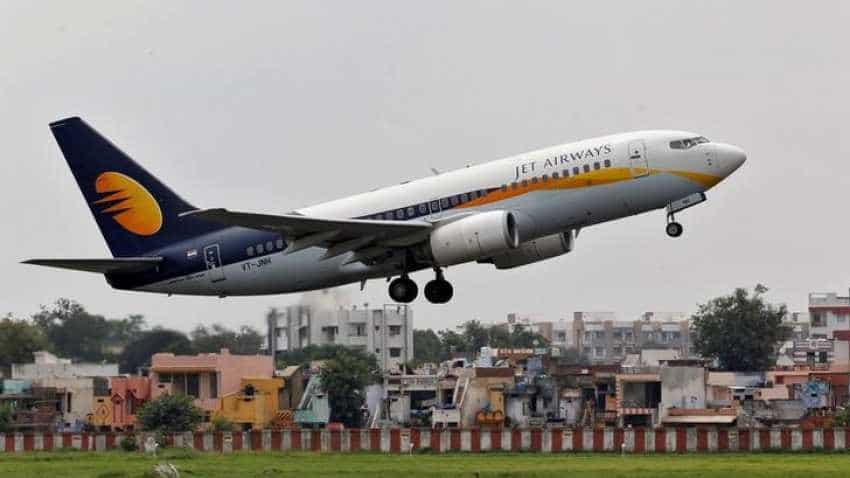 Nearly 35% drop and a new low were witnessed in Jet Airways share price. The airline finished at Rs 163.90 per piece down by Rs 77.95 or 32.23% on Sensex. However, it touched a new 52-week low of Rs 158.10 per piece. The markets were closed on Friday due to Good Friday holiday. With this bloodbath, Jet Airways have plunged by nearly 76% in one year’s time. On Wednesday evening, the airline decided to shut its services. This came a day after Jet Airways was informed by its consortium of lenders, led by SBI, that they are unable to consider the airline’s request for interim funding. While rejecting the offer for funding, the lenders after due diligence decided another root to keep Jet Airways in the air.

In a letter to employees, Jet Airways CEO, Vinay Dube on Wednesday said, “Since no emergency funding from the lenders or any other source of funding was forthcoming, it would therefore not have been possible for us to pay for fuel or other critical services to keep the operations going.” Consequently, the airline has been forced to cancel all its domestic and international flights with immediate effect. “This decision has been taken after painstaking evaluation of all alternatives and after receiving guidance and advice on the same from the Board of Directors of Jet Airways," Dube said.

Notably, it is not Jet Airways alone that faces the impact of shutdown, in fact, the passengers who have already booked their tickets for this month or future journeys will face distress as well. But there is no need to worry as Jet Airways has assured to refund tickets or provide you with alternative flights. The passengers travelling in future will be informed through text messages, email or phone call to the contact details listed in the booking about the status of their journey.

While Jet Airways is in urgent need of cash, other airlines are making most of this dismal. Interestingly, even national carrier Air India has stepped in to take advantage of Jet’s sad dilemma. Air India chairman and managing director Ashwani Lohani wrote to SBI chairman Rajnish Kumar saying, “We are exploring the possibility of operating five of the grounded B777s on the established routes, hitherto operated by Jet Airways,” reported by PTI.  This was conveyed to SBI chairman on April 17-the day the private carrier went belly up.

Later on Thursday, Jet Airways lenders have said, “after due deliberations decided that the best way forward for the survival of Jet Airways is to get the binding bids from potential investors who have expressed EOI and have been issued bid documents on 16th April. Lenders are reasonably hopeful that the bid process is likely to be successful in determining fair value of the enterprise in a transparent manner.”

That said, no one knows when will Jet Airways be back on its track. Hence, the question now is whether it worth buying this airline’s share on Dalal Street.

Talking about how Jet Airways arrived at such havoc, Gupta said, “The rising cost of aviation turbine fuel took a toll on many airlines including Jet Airways, which flies international as well. However, this increase in cost was not passed on to the consumers due to the low cost model leading to a significant impact on its bottom line. Due to increasing competition, huge discounts were given to customers by many airlines and Jet Airways was not far behind. Additionally, the airlines industries are selling their volume based inventories to aggregators such as Make My Trip, Ibibo group, etc. Jet Airways being the most international flying airline was hurt the most by competition from smaller players.”

Going forward, Gupta adds, “Due to the mounting debt (they have a total debt of over $4biliion) and with no financial aid on its side, the future of Jet Airways doesn’t look bright from where we see. With the general elections round the corner, SBI chief Rajnish Kumar would not want the airline to tank for now and he would continue to look for potential bidders desperately. Only a miracle can save the airline from here, otherwise we see another KFA in the making.”

Given the mounting risk, experts have trim down their rating outlook on Jet Airways. Hence, until business does not resumes as usual, Jet will continue to face difficulties.