The staff from across various departments, including engineering, maintenance, guest relations and security had participated in the demonstrations at the Jantar Mantar on Thursday. 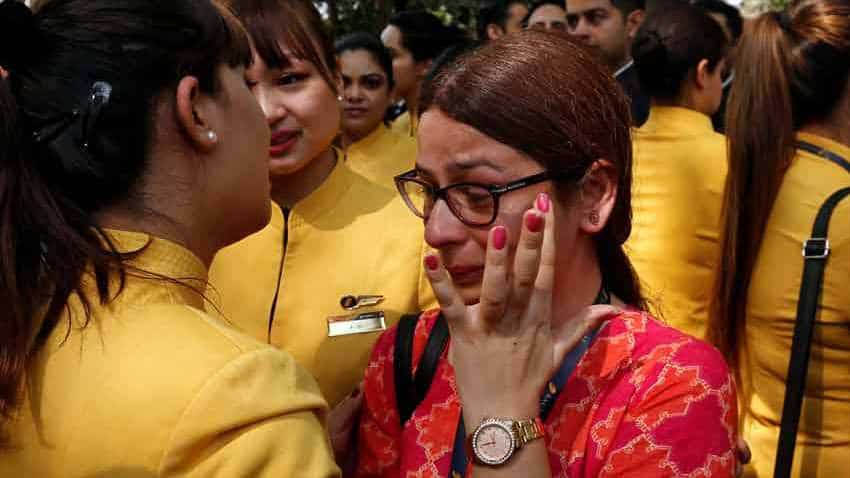 "We are currently at a critical stage of our bid process that is being led by our lenders. We urge you to refrain from engaging with the media and let the task of interaction with external stakeholders (especially the media) be restricted to our colleagues at corporate communication team," the mail sent late on Thursday said.

Faced with delay in payments of salaries and prospect of joblessness, hundreds of airline employees had gathered on Thursday at the Jantar Mantar to voice their concerns and appeal to the government to intervene for revival of the company.

The staff from across various departments, including engineering, maintenance, guest relations and security had participated in the demonstrations.

The Jet Airways had late on Wednesday suspended its operations indefinitely.

The airline`s revival now depends on successful stake sale initiated by the lenders led by the State Bank of India (SBI).

In an official statement, the airline lenders led by the SBI has said that they were 'reasonably hopeful' that the stake sale process would succeed and determine fair value of the enterprise.

As per industry sources, private equity firms TPG Capital, Indigo Partners and the NIIF and Etihad Airways were in the race to buy a stake in the grounded carrier.