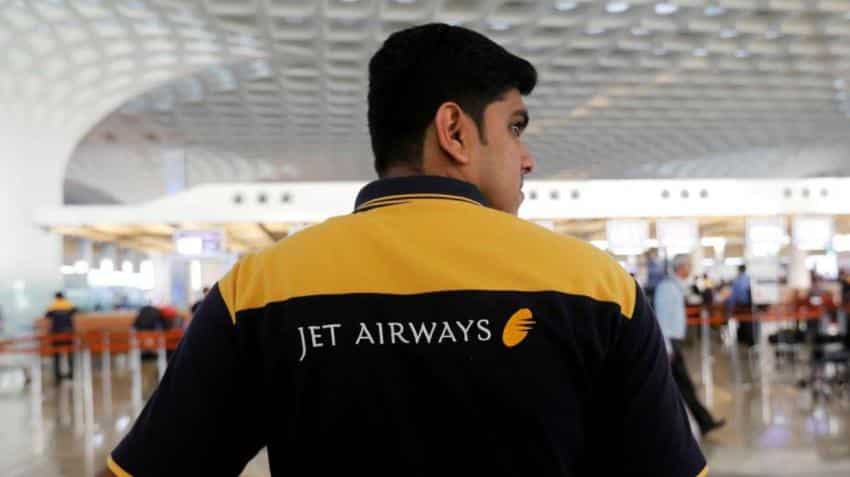 On a sequential basis, the traffic grew by around three per cent. Image source: Reuters
Written By: ZeeBiz WebTeam
RELATED NEWS

Tata looks to reclaim the skies in Jet stake talks

Shares of Jet Airways, IndiGo and SpiceJet tanked up to 6 per cent after domestic air passenger traffic recorded lowest growth in last seven months in May on account of rising fare due to a hike in crude oil prices.

According to the Directorate General of Civil Aviation (DGCA), 1.18 crore (118.56 lakh) passengers were ferried by domestic airlines in May from 1.01 crore (101.74 lakh) reported during the corresponding month of 2017.

As per the data furnished by the DGCA, the passenger traffic during the January-May 2018 period grew by over 22 per cent.

The data disclosed that low-cost carrier SpiceJet had the highest passenger load factor (PLF) -- a measure of capacity utilisation of the airline -- at 94.8 per cent during May.

SpiceJet was followed by IndiGo with a PLF of 91 per cent, AirAsia India at 89.7 per cent and GoAir at 89.2 per cent.

The data noted that IndiGo led the industry with 80.9 per cent punctuality rate (on-time performance) at the four major airports of Bengaluru, New Delhi, Hyderabad and Mumbai. It was followed by SpiceJet (80) and Vistara (76.7).

Besides, overall cancellation rate of scheduled domestic airlines for May 2018 stood at 0.70 per cent.

Tata looks to reclaim the skies in Jet stake talks