Jet Airways had grounded over 80 planes due to the financial crisis generated by a mountain of debt that it was not being able to service. 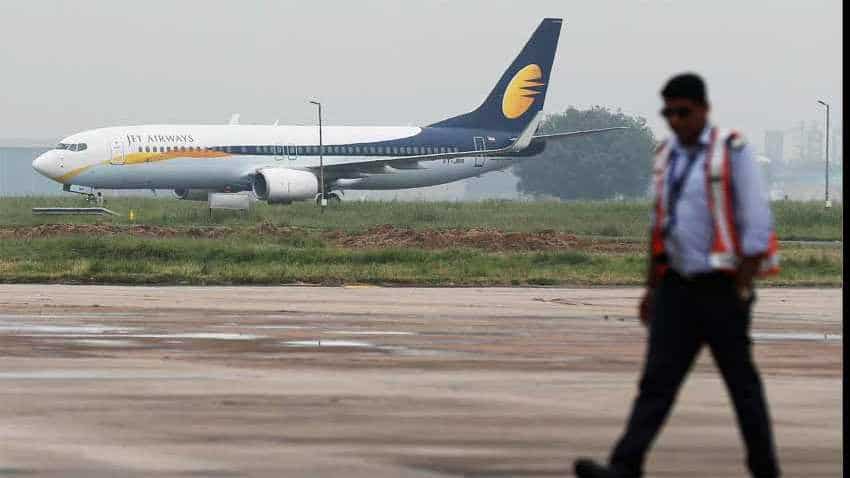 Jet Airways had grounded over 80 planes due to the financial crisis generated by a mountain of debt that it was not being able to service, Photo: Reuters
Written By: ZeeBiz WebTeam
RELATED NEWS

For Jet Airways, this may well be the day that its tailspin is halted and it starts eyeing the sky again. Yes, the airline just managed to save itself from shutting down, something that flamboyant businessman Vijay Mallya led Kingfisher Airlines was not able to do. However, Jet Airways survival depended on Naresh Goyal and he has just taken the step to save his company that he created and ran for over 25 years. Jet Airways had grounded over 80 planes due to the financial crisis generated by a mountain of debt that it was not being able to service.

How did the markets receive the news? Well, shares of the airline zoomed 12.69 per cent to close at Rs 254.50 on the BSE today. And what did it take to save Jet Airways? Check the highlights here:

1. Founder of Jet Airways, Naresh Goyal and his wife Anita Goyal, have quit. They will be stepping down from Jet's board.

2.  Goyal would also cease to be the Chairman of the full-service carrier

4. Jet Airways will also receive an immediate funding of Rs 1,500 crore by "way of issue of appropriate debt instrument".

5. Etihad Airways PJSC's nominee director Kevin Knight would step down from the board too.

6. Gulf carrier Etihad holds 24 per cent stake in Jet Airways, but this will be halved to 12 pct.

7. Two nominee directors of the lenders would be inducted.

9. 11.4 crore equity shares would be issued to the lenders upon conversion of debt.

10. The board also approved "constitution of an Interim Management Committee to manage and monitor the daily operations and cash flow of the company."

Notably, what is on everyone's mind is whether the 'new' Jet Airways will retain its premium branding or come out in a new, affordable, airline. With rivals like SpiceJet, Indigo and GoAir starting an unending dog-fight on airfare, in which the Tata and Singapore Airlines owned Vistara has participated in kind, the choice of retaining its luxury branding may be heavy indeed.