The aviation firm plans to to cut costs (excluding fuel) by up to 15%, increase ancilliary revenue by Rs 250 crore and increase capacity at a CAGR of 10% over three years. 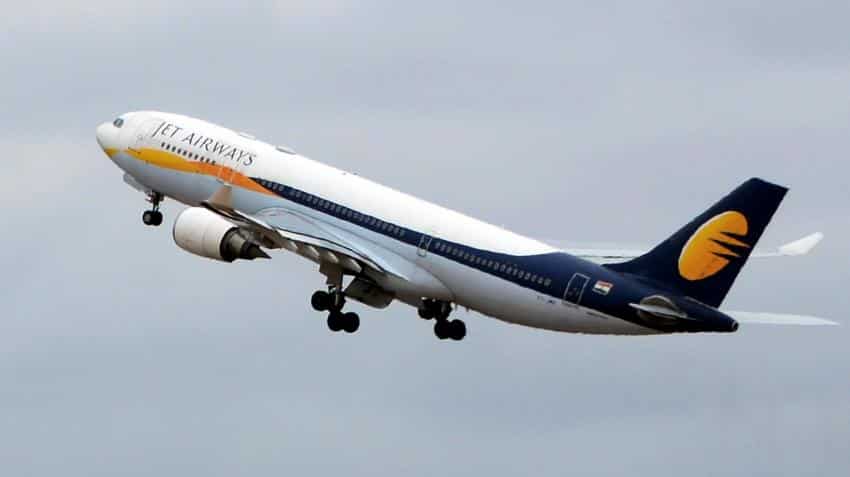 Shares of Jet Airways plunged 5 per cent in Tuesday's trade after the company on Monday announced plans to cut down expenditure, especially in trimming maintenance and distribution costs.

Recent rally may not last on market share concerns, and both crude price and rupee depreciation may impact profits.

The aviation firm reportedly plans to to cut costs (excluding fuel) by up to 15 per cent, increase ancilliary revenue by Rs 250 crore and increase capacity at a CAGR of 10 per cent over three years.

In a presentation made to investors on Monday, the carrier has listed out its priorities for strategic growth. It would look to reduce maintenance expense from January 2019 as well as bring down the cost of sales and distribution, as per the presentation.