As part of the new schedule, Jet Airways will launch daily flights between Kolkata-Lucknow, Nagpur-Delhi and Kozhikode-Bengaluru, among others. 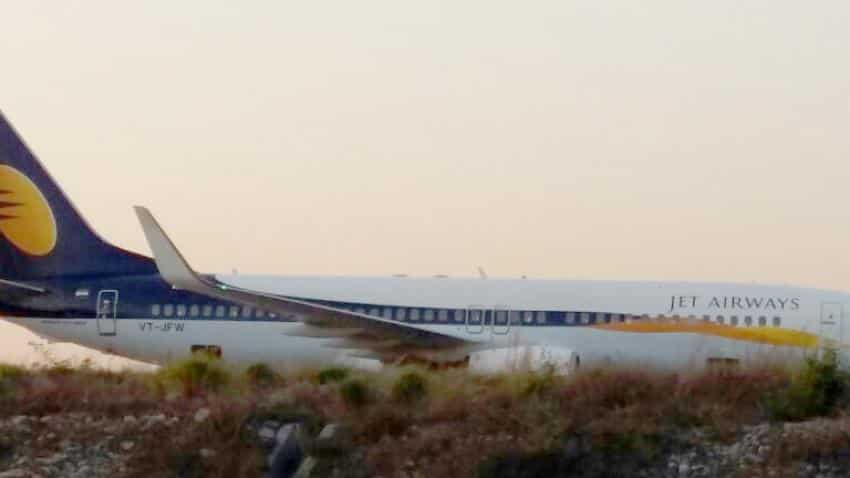 The new services will commence operations from May 1. Photo: IANS

Private airline Jet Airways today said it has added 22 new flights per week across its domestic network besides enhancing capacity on certain routes with wide-body planes as part of its summer schedule.

The new services will commence operations from May 1.

"During the ongoing summer schedule, Jet Airways operates up to 650 flights per day, connecting 65 destinations in India and abroad," the airline said in a release.

Introduction of additional frequencies and wide-body deployments between key metros will also boost capacity on the existing sectors this summer as the airline bolsters its already extensive network to meet an expected surge in demand during the holiday season, it said.

As part of the new schedule, Jet Airways will launch daily flights between Kolkata-Lucknow, Nagpur-Delhi and Kozhikode-Bengaluru, among others.

These three new flights are a part of Jet Airways' broader strategy of connecting emerging, Tier II cities with metros via direct flights, the release said.

Jet Airways said it will also introduce additional frequencies on the Delhi-Amritsar and Mumbai-Kolkata sectors and boost capacity on the New Delhi-Bengaluru and New Delhi-Bhopal routes with by deploying wide-body Airbus A330 and Boeing 737 services on the two sectors, the release.

The summer season will also see Jet Airways becoming the only Indian airline to connect Aizawl to Mumbai via Kolkata, allowing the capital of Mizoram to be easily connected with the country's financial capital, the airline said adding this is in addition to Aizawl's current connectivity to Delhi via Guwahati.