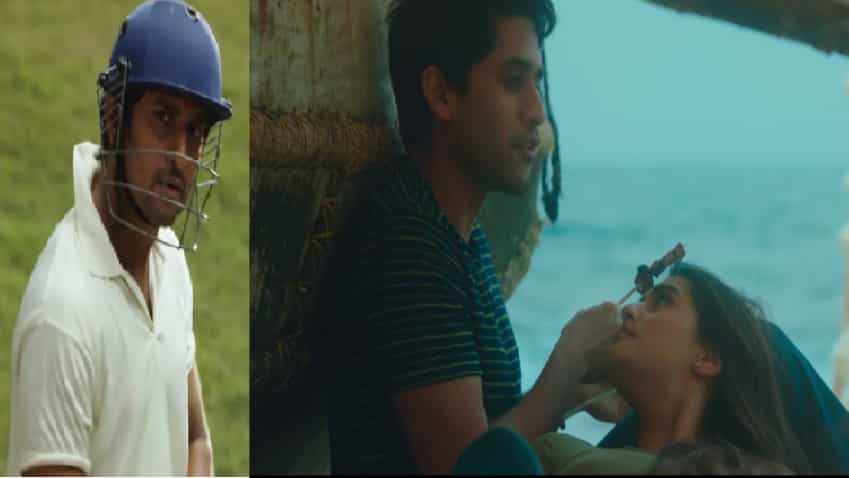 Both the films are based on cricketer wannabes and failure is the common theme in their cricketing careers. Image source: Screen grab from trailer
Written By: ZeeBiz WebTeam
RELATED NEWS

Jersey Vs Majili box office collection: Telugu film actor Nani's latest movie Jersey opened on a decent note. According to FiLMiBEAT portal, Jersey collected Rs 4.92 crore in Nizam during the first weekend. However, Naga Chaitanya's Majili has witnessed better earnings at the box office during the first weekend.  The movie emerged as big hit and collected Rs 5.24 crore in Nizam during its first weekend. Both the films are based on cricketer wannabes and failure is the common theme in their cricketing careers. Suspense comes in the later part. Will, they succeed in achieving their goals?

Majili  was released on April 5, 2019, while Jersey hit the box office on April 19. 2019. Jersey has been successful in winning the hearts of the audience. Moreover, Jr NTR praised Nani as "Natural Star" for his compelling performance in the movie.

"Bro @NameisNani , you have hit the ball out of the park with a stellar performance! Brilliant, Brilliant, BRILLIANT ! I will cherish your performance for a long time to come and I am super proud of you #Jersey," Jr NTR tweeted.

"Jersey is an outstanding film that took me on a roller coaster ride. Hats off to Gautam Tinnanuri for choosing such a subject and executing it with conviction and brilliance. Kudos to the cast and crew who excelled and supported Gautam’s vision."  Jersey, however, may run witness fall in collection once Avengers Endgame releases on April 26, 2019.