As the voting process on the NBCC`s bid for Jaypee Infratech (JIL) ends on Monday, with no signs of the public sector enterprise getting through, sources say, home buyers plan to stop paying the ongoing EMIs (equated monthly installment) as many of them have "lost hope of a resolution". 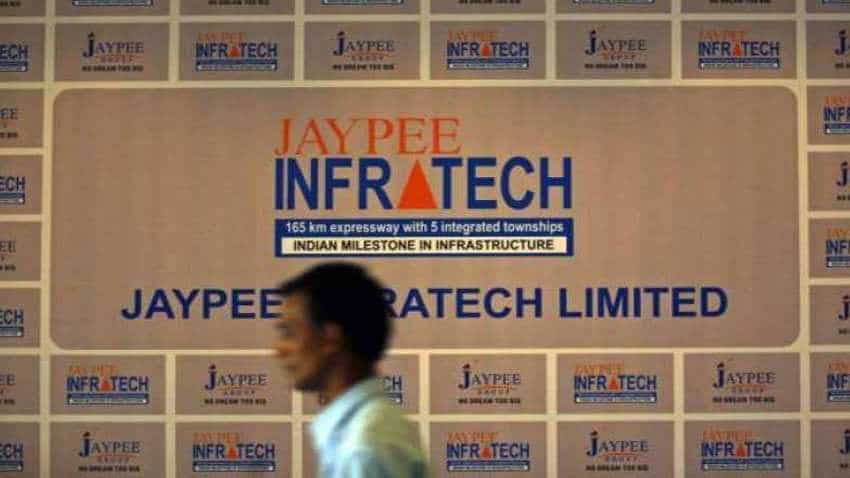 This may really happen. And, it will a real big relief for Jaypee Infratech home buyers. PTI photo

This may really happen. And, it will a real big relief for Jaypee Infratech home buyers. As the voting process on the NBCC`s bid for Jaypee Infratech (JIL) ends on Monday, with no signs of the public sector enterprise getting through, sources say, home buyers plan to stop paying the ongoing EMIs (equated monthly installment) as many of them have "lost hope of a resolution". The online voting on the NBCC`s bid started on May 31.

The bid would require 66 per cent votes in its favour to make the cut and acquire the insolvent realty company. The home buyers, who are mostly in favour of the bid, have a vote share of around 58 per cent, but of the total 22,000 home buyers, only 9,000 have voted so far, further declining the weight on the NBCC`s bid. IDBI Bank, the prime lender to JIL, which has around 18 per cent vote share is already against the bid on the ground of the resolution plan being "conditional".

A member of the home buyers association told IANS: "Now we are telling people (the home buyers) that we should stop paying our EMIs. This is going to be our next step."  "There are a couple of hearings, after which I think, we will take this stand... All the home buyers would have to stop paying EMIs, because if only one or two stop... it won`t help. It has to be mass step."Around 70 per cent of the 22,000 home buyers took loans, he noted.

JIL went into the insolvency process in 2017 after the National Company Law Tribunal (NCLT) admitted an application by IDBI Bank-led consortium seeking resolution of the realty firm. In the first round of insolvency proceedings, a Rs 7,350-crore bid of Lakshdeep, part of Suraksha Group, was rejected by lenders.

In October 2018, interim resolution professional (IRP) Anuj Jain started the second round of bidding process. In May this year, the Committee of Creditors (CoC) rejected a bid of Suraksha Realty through a voting process, following which, the CoC decided to consider NBCC`s offer.

The CoC eventually decided to put on vote the revised offer of the NBCC. Although homebuyers favoured the voting process, the IDBI Bank-led lenders dissented as the bid was seen as conditional.

The NBCC`s bid seeks the cancellation of an estimated income tax liability of Rs 33,000 crore due over a period of 30 years under the concession agreement for the transfer of land from the Yamuna Expressway Industrial Development Authority (YEIDA) to Jaypee Infratech Limited (JIL).

The PSU also sought relief from taking consent of the YEIDA for any business transfer between JIL and Yamuna Expressway SPV for transfer of assets as well as land parcels from JIL to the land bank "special purpose vehicle" (SPV).

The CoC asked the state-run construction major to clarify on the conditions and also sought their removal from the plan. The NBCC made some minor changes to its bid including reducing the quantity of unsold inventory it plans to give out to the lenders, but did not do away with the contentious clauses related to income tax liability and taking approval of YEIDA for any business transfer between YEIDA and JIL.

Following this, although the CoC put the bid on vote starting May 30, it eventually approached the National Company Law Appellate Tribunal (NCLAT) seeking permission to reject the bid, which the Delhi-based appellate tribunal will hear on Monday.

For now, the NBCC`s bid seems unlikely to make it through and relief for the over 20,000 stranded home buyers does not seem coming anytime soon.