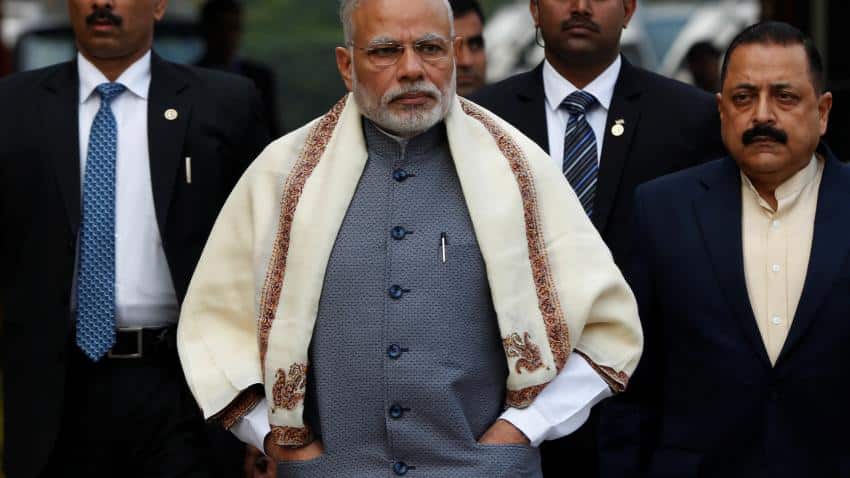 India's services languished, with new business orders falling for the third straight month, amid muted inflationary pressure that could offer RBI much room to remain accommodative in its next policy meet next week, says a monthly survey.

The Nikkei India Services Purchasing Managers' Index (PMI), which tracks services sector companies on a monthly basis, came in at 48.7 in January, from 46.8 in December 2016, signalling that the sector is heading towards stabilisation.

A print above 50 denotes expansion and one below, contraction.

"India's pivotal services sector remained in contraction territory in the opening month of 2017, with both new business and activity falling for the third straight month," said Pollyanna De Lima, economist at IHS Markit, and author of the report.

The survey further noted that input cost inflation slowed since December whereas average selling prices shrank again, which may prompt the Reserve Bank to go in for an "accommodative" monetary policy.

"PMI price indicators point to relatively muted inflationary pressures in the private sector economy. As such, there is room for accommodative monetary policy," Lima said.

The Reserve Bank's next policy review meet is on February 8.

The index that contracted in November remained in that zone for the third month. However, some firms pointed to improved market conditions following the close of the window for exchanging high-value banknotes.

"... A rebound in the near term is likely as rates of reduction softened and business confidence improved on the back of hopes that market conditions will soon normalise," Lima added.

"What started as a downturn driven by the 500 and 1,000 rupee note ban appears now to be losing strength. In fact, manufacturers already saw a turnaround, with production being raised in line with higher orderbooks," Lima said.

State of Indian economy: Is it time to go bearish?