The GST Council headed by Jaitley is meeting here to take a final call on the new taxation regime and finalise the rates of different commodities and services. 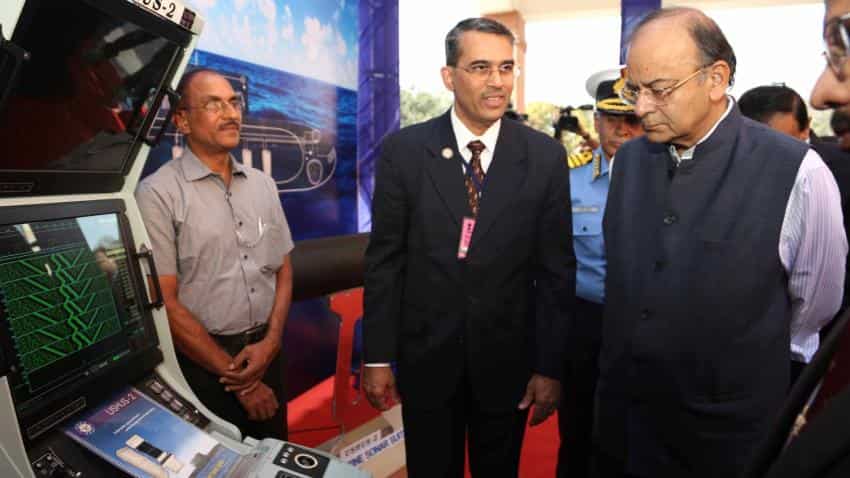 Drabu visited the SKICC, the venue for the two-day meeting to be presided over by Union Finance Minister Arun Jaitley.

He was accompanied Commissioner Secretary Finance Navin Kumar Choudhary, Director Information Arun Kumar Manhas and other senior officers of the finance, information and other departments.

The GST Council headed by Jaitley is meeting here to take a final call on the new taxation regime and finalise the rates of different commodities and services.

Around 150 dignitaries, including finance ministers and finance secretaries of all the states, will be attending the crucial meeting.

Srinagar has been chosen as the venue for this crucial GST Council meeting, which will have in attendance Union Finance Minister Arun Jaitley and his ministry officials as well as representatives of 29 states and union territories, to send out possibly a message to the people of Jammu and Kashmir on the importance it holds for the country.

The Council over the next two days will fit most of goods and services in either 5, 12, 18 or 28 per cent tax bracket. The rates thus fixed will be charged from July 1, the scheduled date for rollout of Goods and Services Tax (GST) -- India's biggest tax overhaul since independence.

The GST will be a national sales tax that will be levied on consumption of goods or use of services. It will replace 16 current levies -- seven central taxes like excise duty and service tax and nine state taxes like VAT and entertainment tax -- thereby creating India as one market with one tax rate.

Jaitley had earlier this month expressed confidence of the GST Council arriving at tax rates in the May 18-19 meeting.

Around 1,000 security personnel will be pressed into service for sanitising the conference venue and the hotels the officials will be staying. Another 400 men will be deployed for the security of the delegates, state police official said.

Holding of the meeting in Srinagar is not just the Centre's initiative but many of the states too had demanded way back in February that the Council should meet in Jammu and Kashmir when it decides the tax rates, official sources said.

With the GST, India will join select league of nations with a goods and service tax. France was the first country to implement the GST in 1954.

Since then Germany, Italy, the UK, South Korea, Japan, Canada and Australia have been among the over a dozen nations which have implemented the GST. China implemented GST in 1994 while Russia did it in 1991. Saudi Arabia plans to do it in 2018.

Last week, the Reserve Bank called the GST a "game changer" and said given the cross-country experience and empirical evidence on efficiency gains from the Value Added Tax (VAT) in the Indian context, the implementation of this comprehensive indirect tax is likely to ensure higher tax buoyancy and an improvement in government finances over the medium term.

The GST is a destination-based single tax on the supply of goods and services from the manufacturer to the consumer and is one indirect tax for the entire country.

The GST Council in its previous meetings had decided on a four-tier tax structure of 5, 12,18 and 28 per cent. Besides, for demerit and luxury goods, a cess will be levied on top of the peak rate. The cess will be used to compensate the states for revenue loss arising out of the GST implementation in first five years.

The fitment committee comprising central and state officials has worked out fitment of these taxes on various goods and services and the report will be placed before the GST Council at its May 18-19 meeting.

Tax rate which is closest to the present incidence of tax on a good or service will be chosen with a view to keeping the shift from the present regime of excise duty plus VAT or service tax to GST regime neutral for consumers.

The tax rates will be decided in a fashion to keep their impact on inflation as well as revenues to the government near neutral.

Officials said that basic services which are at present exempt from service tax would be kept out of the GST as the Centre does not want to give any shock to people in the first year of GST rollout.

Currently, there are 17 items in the negative list of services on which service tax is not levied. On top of that there are over 60 services, like religious pilgrimage, healthcare, education, skill development, journalistic activities, which are exempt from service tax.

As per estimates, the GST is expected to shore up government revenue and spur economic growth by 1-2 percentage points.

The International Monetary Fund (IMF) had earlier this year said the GST could help raise India's medium-term GDP to over 8 per cent and create a single national market for enhancing efficiency of movement of goods and services.

Even the World Bank has said a smooth implementation of the GST could prove to be a significant push to economic activity as growth could pick up to 7.2 per cent in 2017-18 and further to 7.5 per cent in 2018-19.