Jammu and Kashmir no longer a state in India? Amit Shah to turn it into Union Territory! Here is why 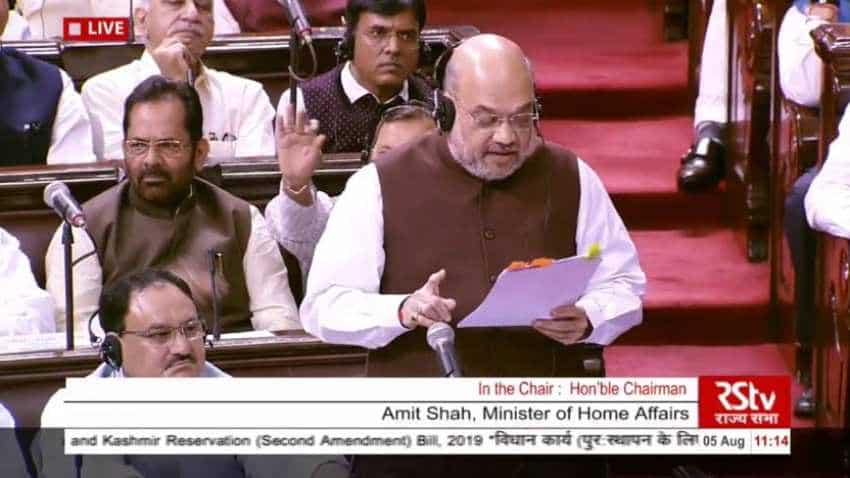 Union Home Minister Amit Shah today moved historic resolutions in the Parliament to revoke Article 370, which provides special constitutional status to the state of Jammu and Kashmir. He also moved a resolution for the reorganisation of the state into two separate Union Territories. After the passage of the resolution, Jammu and Kashmir will no longer be a separate state. Rather, Kashmir and Jammu division will become a separate Union Territory with a legislature, while Ladakh will be a Union territory without legislature.

On the division of Jammu and Kashmir, the 'Statement of Objects and Reasons' said, "The Ladakh Division of the State of Jammu and Kashmir has a large area but it sparsely populated with a very difficult terrain. There has been a long pending demand of people of the Ladakh, to give it the status of a Union Territory to enable them to realise their aspirations. The Union territory of Ladakh will be without Legislature. 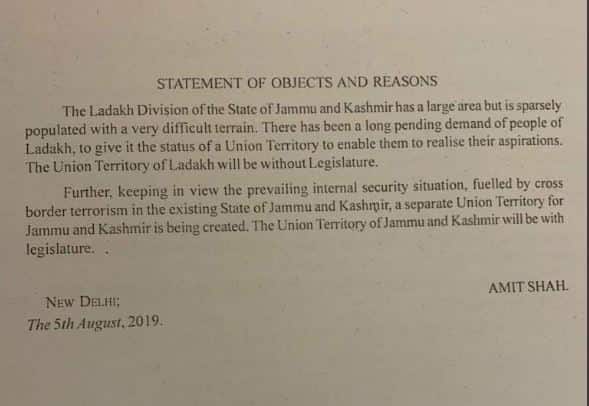 Shah also moved a resolution revoking sections of Article 370 (except section 1) of the Constitution that provided special constitutional status to the state.