The civic body had stopped water supply through taps in February 2016, after its reservoirs ran dry. 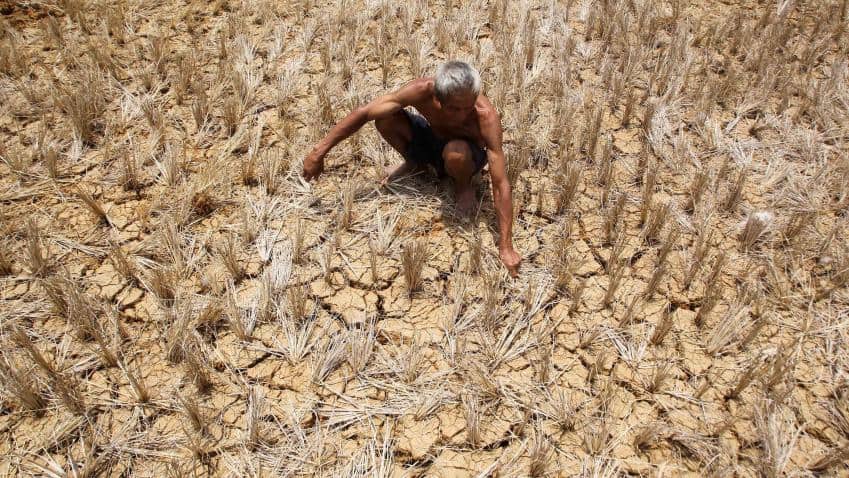 The officer wrote to the government and the Central Railways to discontinue the water train services. Photo: IANS
Written By: PTI

The Jaldoot train supplying water from Miraj town to Latur in Marathwada on Tuesday made its 111th and last trip.

Since its first run in April to then parched Latur, the train has delivered 2.79 crore litre water to the drought-affected town, an official said.

The train, run jointly by Indian Railways and state government, filled up 50 wagons with water from Miraj junction and carried it 340-km away to Latur city on its last trip.

There, the water is collected in a farmer's well located near railway tracks, to be carried further into the city.

The civic body had stopped water supply through taps in February 2016, after its reservoirs ran dry.

Latur Collector Pandurang Pole said, "I received an official communication from Latur Municipal Corporation to stop the water supply through the train. The two weirs--Sai and Nagzari--that supply water to Latur city are filled to capacity. It would be sufficient for six months at least. Hence, we communicated to the state government that the water train should be discontinued."

The officer wrote to the government and the Central Railways to discontinue the water train services.

Latur has been reeling under severe drought for three consecutive years. Residents were getting drinking water through tankers.