Jaitley here on Tuesday held a meeting of senior officers of the ministry to review the implementation of IBC 2016. 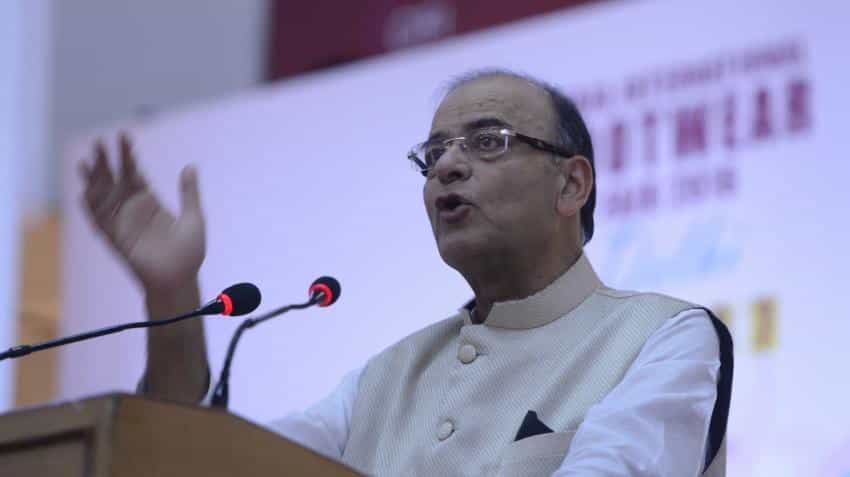 Calling for time-bound implementation of the Insolvency and Bankruptcy Code (IBC) 2016, Finance Minister Arun Jaitley on Tuesday directed senior officials of his ministry to take "immediate action" on the key requirements of the legislation.

"Jaitley directed the senior officers of the Ministry of Finance and Corporate Affairs to take suitable necessary action for implementation of IBC 2016 in a time bound manner," said a Finance Ministry statement.

Jaitley here on Tuesday held a meeting of senior officers of the ministry to review the implementation of IBC 2016. The meeting was attended by Economic Affairs Secretary Shaktikanta Das, Financial Services Secretary Anjuly Chib Duggal, and other officers of RBI (Reserve Bank of India) and market regulator Securities and Exchange Board of India.

Implementation in a time-bound manner is very crucial in order achieve the desired goals of IBC 2016, Jaitley emphasised.

After the meeting, a Finance Ministry source said that a tight schedule for implementation of the IBC 2016 has been discussed with Jaitley.

"Tight schedule has been worked out for the implementation of IBC law. Have discussed the roadmap with the Finance Minister," the source said.

The IBC 2016 Bill that was passed by the Parliament on May 11 this year is a key reform that aims to make it much easier to do business in India and help the recovery of bad loans for banks.

The legislation seeks to overhaul the laws regulating insolvency amid a surge in bad loans. It also seeks to amend the laws, including the Companies Act, to become an overarching legislation.

The new code will replace the existing century-old bankruptcy laws and provide a time-bound process for resolving insolvency issues. It will cover individuals, companies, limited liability partnerships and partnership firms.