The PSLV rocket after seventeen minutes of its launch, started placing the satellites into the orbit, one by one, with a time-frame of about 11 minutes 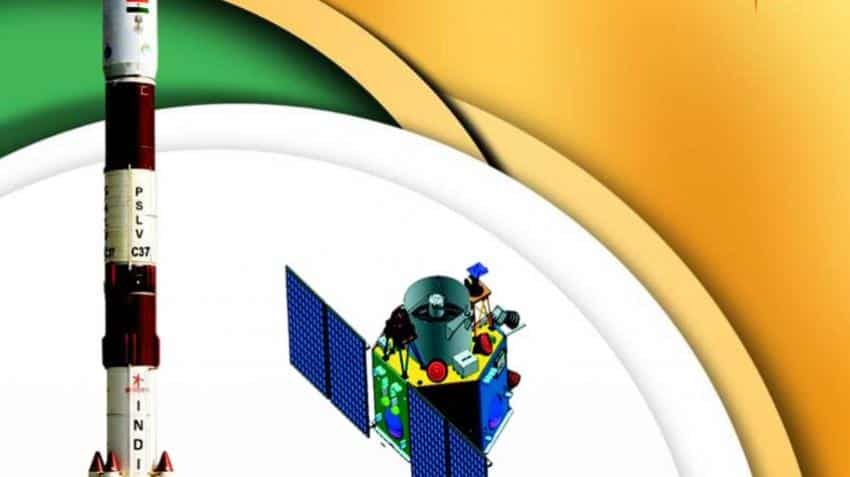 The Indian Space Research Organisation (ISRO) on Wednesday, successfully launched a record of 103 co-passenger satellites from a single rocket from the Satish Dhawan Space Centre located in Sriharikota rocket port in Andhra Pradesh.

The PSLV rocket after seventeen minutes of its launch, started placing the satellites into the orbit, one by one, with a time-frame of about 11 minutes.

As the launch was taking place, ISRO tweeted, “The PSLV-C37 / Cartosat-2 series Mission Lift off Normal as expected.”

The rocket which carried these 103 satellites was called Polar Satellite Launch Vehicle (PSLV). As mentioned by ISRO, it took off from Sriharikota at 9.28 a.m.

The PSLV was 44.4 metre high, weighing at 320 tonne with a combined weight of 1,500 kilograms. This included 650 Kg Cartosat-2D and two nano-satellites namely INS-1A and INS-1B weighing 15 Kg each.

The co-passenger satellites include nano satellites, one each from various countries like Israel, Kazakhstan, The Netherlands, Switzerland, United Arab Emirates (UAE), and 96 from US. Two nano satellites belonged to India.

These satellites have a single panchromatic camera which can detect scene specific images. The images are expected to be utilized for cartographic applications, urban and rural applications, coastal land use and regulation.

Indian space agency had carried a launch of 23 satellites in one go in the month of June 2016.

Last month, ISRO Chairman AS Kiran Kumar said, "By launching 104 satellites together, we are trying to maximize our workhorse rocket's capability and optimally utilise it for maximum return on investment."