According to the Fitch report, there are 18 state-controlled oil companies in India, with at least six that can be considered key players. 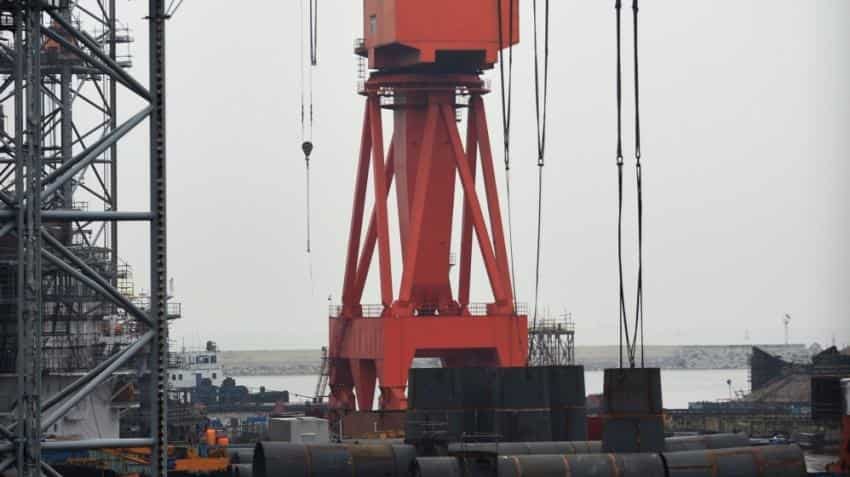 As per the report, there will be considerable difficulties involved in merging the oil companies. Photo: IANS
Written By: ZeeBiz WebTeam
RELATED NEWS

As India's state-owned oil companies proposed to merge, it could reduce the inefficiencies across the sector. But, at the same time, a merger would face significant execution challenges, a report said.

Though, the merger will create an entity which is better placed to compete globally for resources and less vulnerable to shifts in oil prices, but, it will face hurdles particularly in terms of managing the integration of employees, addressing overcapacity in the merged entity, and winning the backing for the merger from private shareholders, a Fitch Ratings report said.

With the aim to create an integrated public sector 'oil major', last week, Finance Minister Arun Jaitley during his Budget speech had proposed the merger idea in the Parliament. However, no details were provided on which companies will be involved.

Talking about how the merged entity will have opportunities to save cost and improve operational efficiency, Dan Martin, Senior Analyst, Fitch Ratings, in the note titled 'India Oil Merger May Boost Efficiency; Faces Challenges', said, "There would be less need for multiple retail outlets in a single area. Transport costs could be reduced by retailers sourcing from the nearest refinery, rather than the ones they own - as is currently the common practice. A merged entity would also be able to share expertise for exploration and acquisition of resources."

As per the report, there will be considerable difficulties involved in merging the oil companies. For instance, political sensitivities may limit job cuts, and personnel-related issues are likely to arise from the need to manage hierarchies and potential overcapacity in the integrated entity.

Further, for the listed companies, the public shareholding ranging from 51-70% could case problems in obtaining approval from the 75% of shareholders that is typically required to approve a merger, particularly if there are concerns over valuation, the report added.

"There is also a question of how the state will handle the likely decline in competition after a merger. Private companies are increasing their market share from a low base, but could find it even harder to compete with a single large state-controlled company," Martin said.