Majority of experts opinions are split from buy, neutral to hold and even reduce rating on TCS share price. 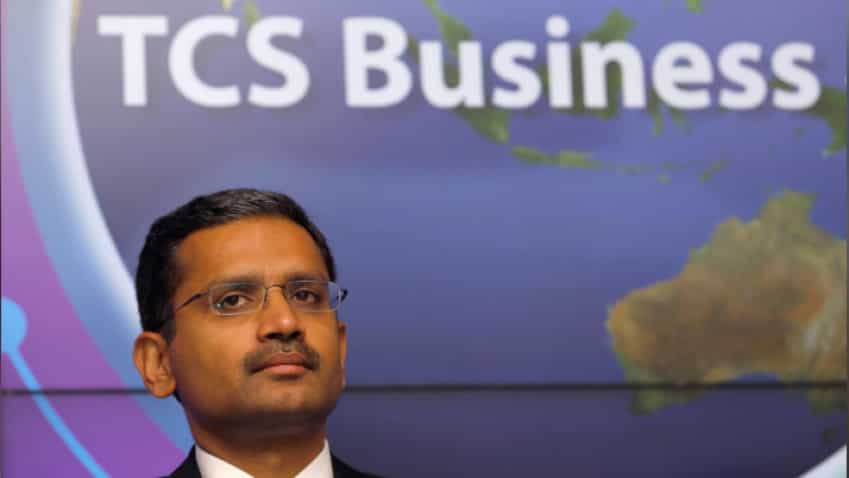 Buyback is a part of our capital return policy for the shareholders: V Ramakrishnan, CFO, TCS

Despite reporting good Q1FY20, the share price of Tata Consultancy Services (TCS) saw selling sentiment from investors even in Wednesday’s trading session. The share price at around 1355 hours, was trading at Rs 2,108.90 per piece down by Rs 22.55 or 1.06% on Sensex. The stock has also touched an intraday high and low of Rs 2,127.65 per piece and Rs 2,070.10 per piece respectively. Today, the IT-giant received overall positive vendor rating by Gartner Inc. However, the majority of experts opinions are split with neutral to hold and reduce rating on TCS share price. Overall, TCS’ demand environment seems healthy in medium term, and in fact, hiring speed which the company has shown in Q1FY20 indicates confidence in this IT-service provider.

Here’s what analysts say to do with TCS shares!

Ashish Chopra and  Anmol Garg, Research Analyst at Motilal Oswal said, “Our estimates remain unchanged after an in-line performance in 1QFY20. The certainty factor around double-digit FY20 growth has waned with hopes now pinned on 2Q, casting doubts on the traction in the near term. Margin base in 1Q and the continued rise in subcontractor expenses hint at higher pressure on earnings growth this year. Demand environment for the medium term remains healthy, and hiring numbers at TCS induce confidence toward that end. We expect USD revenue/EPS CAGR of 9.8%/9.6% over FY19-21. Our price target of INR2,100 discounts forward earnings by 20x. Maintain Neutral.”

The duo added, “ Ability to attain double-digit growth in FY20 now hinges on a crucial 2Q, as it will be tough to make up for the shortfall in a seasonally weak 2HFY20. In contrast, TCS saw the best net employee additions in five years, with offers to 30k campus graduates, who will be on boarded by 2QFY20 itself. This is in the wake of the positive medium-term demand outlook, and TCS’ ability to train a much higher number of trainees, having reimagined its processes with Technology’s aid.”

Meanwhile, Kawaljeet Saluja  and Sathishkumar S, analysts at Kotak Institutional Equities said, “We broadly maintain our below-consensus revenue growth estimates. We bake in the KIE economist’s revised currency rate resulting in 3-4% cut in FY2020-22E EPS estimates. Our fair value of Rs1,940 remains unchanged with the cut in estimates compensated by rollover. We like TCS’ business model. We are unable to justify valuations even after ascribing peak multiples to peak growth estimates. A higher multiple can be justified if the business was agnostic to economic cycles. This is definitely not the case today. We would wait for a better price point to recommend the stock to investors. REDUCE stays.”

Also, Govind Agarwal and Heli Modi, analysts at Antique Stock Broking added, “Overall TCS results are in-line with our thesis of moderating revenue and EBIT growth in FY20. Even though revenues grew double digit YoY in 1QFY20, the start has been slower than expected and makes it difficult to achieve double digit CC revenue growth in FY20. As per management, weakness in BFSI was more pronounced than earlier anticipated. Management also sounded tentative on recovery in BFSI vertical going forward. We now expect ~9% YoY CC growth in FY20 (revised from 10%). We cut our estimates slightly by 1/1.8% in FY20/FY21e led by the revenue miss in the quarter. We retain HOLD with Target price of INR2,170 (Based on 22x FY21e EPS). Stock is trading at 24.1/21.6x FY20/FY21e EPS which we believe is expensive given the moderating growth trajectory.”

On the other hand, Apurva Prasad, Amit Chandra and Akshay Ramnani analysts at HDFC Securities said, "TCS’ growth, scale and durability are its key strengths. Growth in digital, momentum in deal wins and strong hiring trend are positive demand indicators. TCS’ offshore leverage in digital (location independent Agile framework), outperformance in BFSI (vs. Accenture) and superior execution (margin/attrition differential) stand out. We expect 10/9% rev/EPS CAGR over FY19-22E. Strong FCF generation (90% FCF/PAT), payout policy (80- 100% of FCF) and >4% FCF yield will support valuations."
Thus, the trio added, "We maintain BUY on TCS following a miss on revenue and an inline margin performance. Our TP is Rs 2,420 at 24x Jun-21E EPS, with ~2% cut in earnings estimates."

The IT-giant has also been among major employers, as it made a net addition of 12,356 employees along during this quarter. TCS stated that this would be the biggest hiring drive in last five years.  So far, consolidated headcount stood at 436,641 as of June 30, 2019. Not only that, the percentage of women in the workforce rose further to 36.1%, while the total number of nationalities represented grew to 149.

Buyback is a part of our capital return policy for the shareholders: V Ramakrishnan, CFO, TCS