Is Indian Railways stations comparison with airports justified? Find out

Ashwani Lohani, Chairman of the Indian Railway Board​ said, "It is ironic to say that the Indian Railways infrastructure has not improved at the rate at which the population or the economy of the country went up. But, improvements will be visible with time." 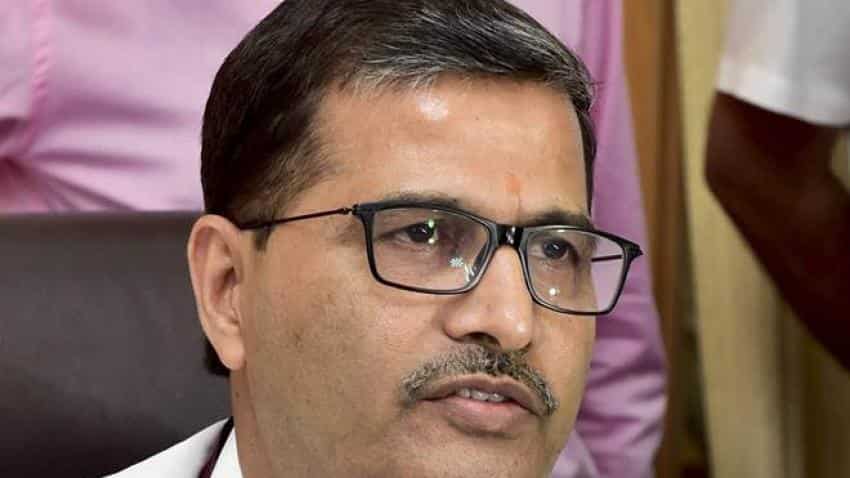 The government has the plans to redevelop the Indian Railways stations as commercial centres and to source money from commercial exploitation, says Ashwani Lohani. Image source: PTI

Ashwani Lohani, Chairman of the Indian Railway Board, in an exclusive interview with Zee Business's Sameer Dixit reveals what is in store for Indian Railways passengers in the near future including his own take on Indian Railways stations with look and feel of airports and the comparison thereof. Here are the edited excerpts of the interview:

Q: Can it be said that people will start getting confirmed tickets from March, 2020 onwards?
A: It is very difficult to say because of the availability of confirmed tickets is dependent on demand and supply chain. There will be an issue in cases where the demand will be high when compared to supply. It is ironic to say that the Indian Railways infrastructure has not improved at the rate at which the population or the economy of the country went up. But, improvements will be visible with time.

Q: Sir, I have heard a lot about the Dedicated Freight Corridor (DFC) in past five years. Talks are there that Indian Railways will be witnessing a paradigm shift after it becomes operational. Do you have the same opinion and if yes then can you let us know something about the kind of change that is visible to you?
A: It is a major step and under it, the Western Dedicated Freight Corridor (WDFC) and the Eastern Dedicated Freight Corridor (EDFC) are being developed. These corridors are going to be a gamechanger as only freight trains will be plying on these tracks, this means offloading off the existing tracks. It is being termed as a paradigm shift in Indian Railways because offloading of freight trains from the existing tracks will lessen the pressure on them and provide more time for its maintenance. Secondly, it will also allow Indian Railways to plan more passenger trains. I would like to assure you that the two projects will be completed by March 2020.

Q: Sir, I would like to ask about the ambitious project of station development under which they will be redeveloped with a look and feel or Airports. By when we will be able to see new stations? Do you think that this comparison with Airports is justified?
A: No it is not justified because there is a huge difference between the traffic at the two places. Not justified, because of the traffic of the airport and the difference between the sky and the ground in our traffic. But taking inspiration from airports and plan to develop them like them is not a bad idea. We are developing the stations in the best way that we can. At present, we are promoting the local arts of the region by painting the stations in a way that they highlight the local art of the place. It started from Madhubani station.
Secondly, we have to improve the condition of stations that too without investing a single penny on it. For that purpose, we want to develop our stations as commercial centres. The government has the plans to redevelop the stations as commercial centres  and to source money from commercial exploitation. Indian Railway Station Development Corporation has been established for the purpose. First two stations, namely Habibganj railway station and Gandhinagar railway station, are being developed under the policy. They will be full-fledged become operational from December 31, 2018.