Is all well between RBI and FinMin? YV Reddy answers

Urjit Patel was asked if the finance ministry invite was an assault on the independence and autonomy of the RBI. 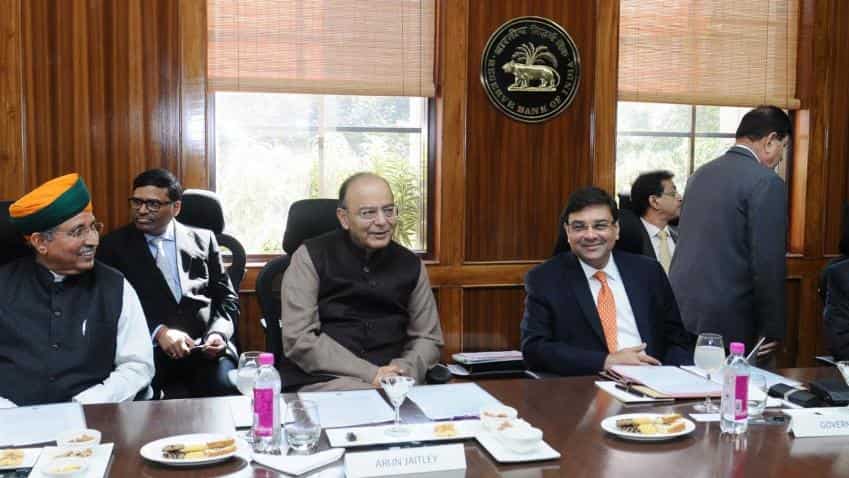 Union Finance Minister Arun Jaitley along with RBI Governor Urjit Patel addressing the Central Board of Directors of the Reserve Bank of India. Photo: IANS
Written By: IANS

With the coming out in the open of strained relations between the Finance Ministry and the Reserve Bank of India (RBI), former RBI Governor Y. Venugopal Reddy on Thursday said the tensions were systemic in nature and should be accepted.

"If the RBI always agrees with Finance Ministry, it is superfluous. And if it doesn`t, then it is obnoxious. So tensions will have to be accepted," Reddy told reporters.

The strained relationship between the two entities became evident when RBI Governor Urjit Patel revealed on Wednesday that the Monetary Policy Committee (MPC) members had turned down the Finance Ministry`s invitation for a discussion ahead of the policy review.

"Regarding the Finance Ministry`s invitation for a meeting with the MPC... all the MPC members declined the request of the Finance Ministry," Patel had told reporters here following the announcement of the second bi-monthly monetary policy review of the fiscal.

Patel was asked if the ministry invite was an assault on the independence and autonomy of the RBI.

Not specifying when the invite had come from the Finance Ministry, he said the committee did not accept the invitation.

Since the six-member MPC started setting rates in October last year, this was the first time it did not take a unanimous decision, with five members voting in favour of holding the rate and one opposing.

Three of the six members of the MPC are government nominees, while the others are from the RBI.

Government sources said that there is unhappiness in official circles about the way the MPC has resisted relaxing rates for a period that has extended over six months now.

The change in the RBI`s monetary policy stance from "accommodative" to "neutral" made at the February review is also being regarded in official circles as a hardening of the apex bank`s conservative and risk-averse approach.