IPOs in 2017: Even as most IPOs that came out during the year were offers for sale (OFS), the demand for such offerings remained robust, as 41 companies managed to mobilise over Rs 75,000 crore from the primary market so far this year. 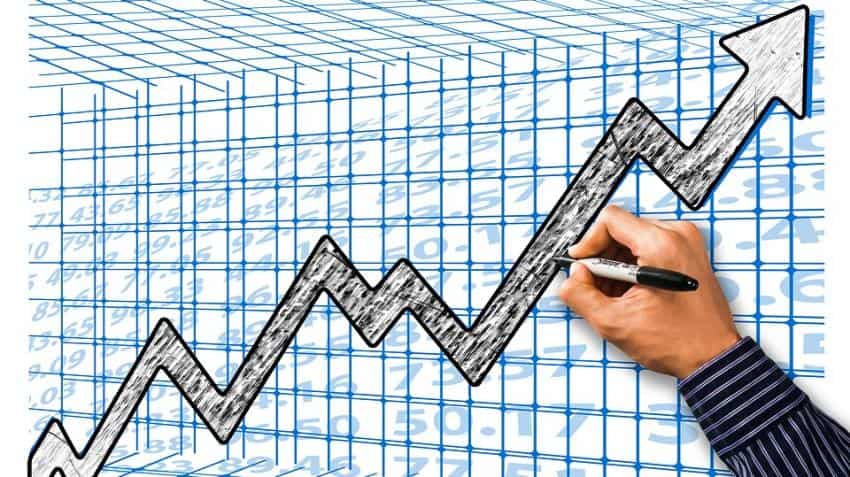 The IPO fund tally in FY18 is all set to cross Rs 80,000 crore, a record mark. Image source: Pixabay

IPOs in 2017:  Amid ample liquidity and upbeat market sentiment, the financial year 2017-18 has proved fruitful for companies coming out with initial public offerings (IPOs). Even as most IPOs that came out during the year were offers for sale (OFS), the demand for such offerings remained robust, as 41 companies managed to mobilise over Rs 75,000 crore from the primary market so far this year. But with the market now off 10 per cent from its record high, replicating a similar trend could be a bit difficult, say analysts.

“IPOs have generally performed well in FY18, but we shall have to be company specific in FY19. All those theoretical parameters of pricing and growth will take precedence now. On the macro front, I would advise investors to stay away from financial IPOs such as the ones from broking business, while insurance IPOs could be looked into for the longer-term. IPOs from manufacturing and infrastructure and niche businesses such as digitisation etc could also be preferred,” said independent market analyst Dharmesh Kant.

"The strong IPO season that we saw in 2018 doesn’t appear to continue in FY19. The business environment will turn extremely competitive in FY19," Kant added.

Ajay Srivastava, MD, Dimensions Corporate Finance Services feels the valuations at which IPOs are being launched are not justified.

"Most IPOs that are coming these days are being launched at expensive valuations. Promoters will have to understand they must leave at least 10-20 per cent gains for investors. I believe the IPO market will remain sour in 2018," he said.

Meanwhile, a flurry of IPOs have hit Dalal Street in the second half of March as the management raced against the time to launch respective IPOs to avoid long-term capital gains (LTCG) tax that will kick off from April 1, 2018.

ICICI Securities IPO, launched on Thursday, will close later today, while Lemon Tree Hotels IPO, the last one for FY18, kicked off today. With this, the IPO fund tally in FY18 is all set to cross Rs 80,000 crore, a record mark.

As many as 39 IPOs have listed on the bourses in FY18 so far, and seven are yet to make their stock market debut. Bharat Dynamics made its debut on Friday, which slipped 8.7 per cent against its issue price.

Shares of Bandhan Bank will get listed on Tuesday, while Hindustan Aeronautics, Sandhar Technologies, Karda Constructions, ICICI Securities, Mishra Dhatu Nigam and Lemon Tree Hotels will make their debut in the next financial year.

There were at least 12 IPOs that posted negative returns with S Chand & Co being the worst performer, losing 37.1 per cent against its issue price. Other underperformers include General Insurance Corporation Of India (down 23 per cent), Aster DM Healthcare (down 18.5 per cent) and GTPL (down 18 per cent). 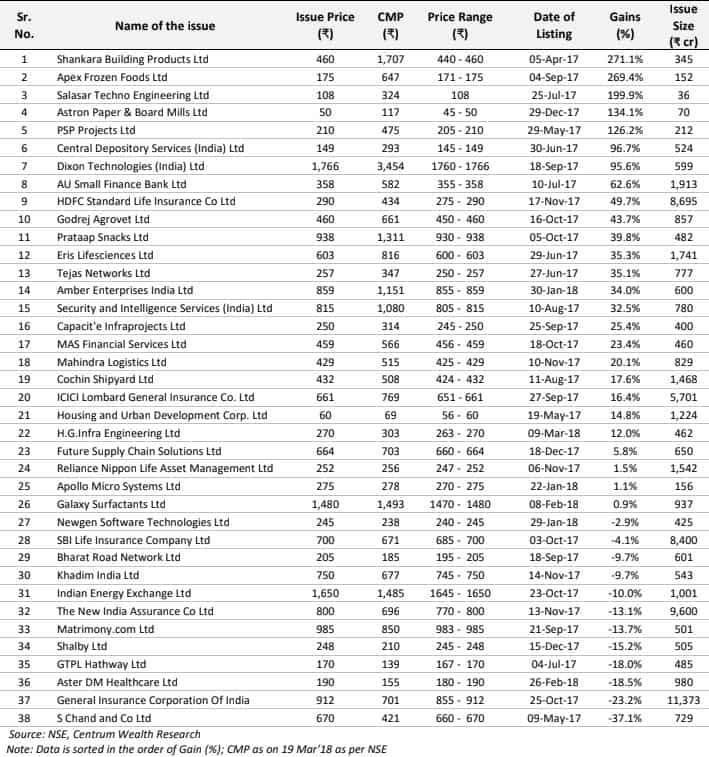 The average return from these IPOs has been very healthy at 39.2 per cent, said Centrum Broking.

Centrum Broking although expects the IPO market to remain healthy in FY19, but added the robustness in the primary market will depend on how the secondary market performs. It will also depend on political certainty and government disinvestment program, it said.

UPCOMING IPOs ALERT! What investors should know about these much talked about initial public offerings of 2021