For a headstart at least, cricket has emerged as the boss of entertainment, with IPL seeing better ratings that the blockbuster annual show. 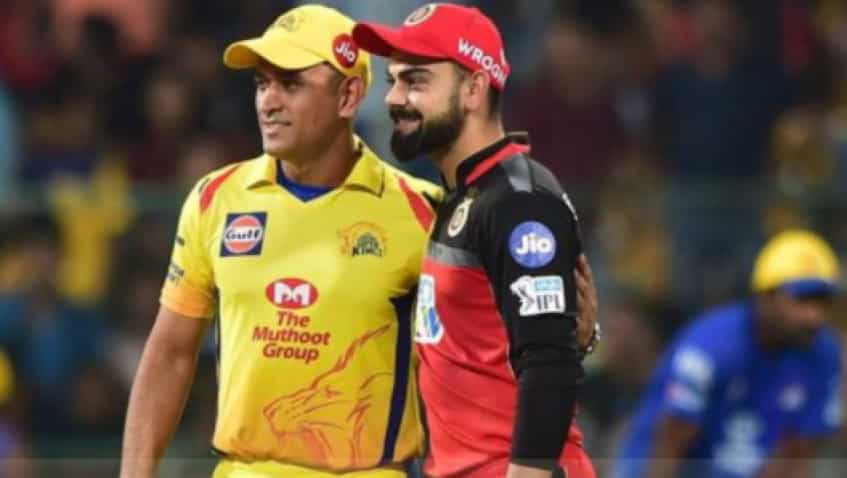 The opening week of the cricket tournament this year saw 21 per cent growth in average impressions per match as compared to 2019, despite one less match and fewer channels than last year, says a report by Broadcast Audience Research Council (BARC). PTI
Reported By: IANS
Written By: IANS
Edited By: ZeeBiz WebTeam
RELATED NEWS

Yes, despite the coronavirus pandemic, the excitement on the small screen is increasing by leaps and bounds and powering the same are IPL 2020 cricket and Salman Khan anchored Bigg Boss. So, in 2020, the year has been blighted by Covid-19 pandemic, the most talked-about clash has not happened on the big screen - cinema halls. Rather, it is being waged on TV sets, between Indian Premier League (IPL) and the reality TV show, Bigg Boss. For a headstart at least, cricket has emerged as the boss of entertainment, with IPL seeing better ratings that the blockbuster annual show.

Yes, Virat Kohli, MS Dhoni, Rohit Sharma, David Warner, Steve Smith and others fortunes on the cricketing field as well as those of their teams like Royal Challengers Bangalore, Chennai Super Kings, Mumbai Indians, Sunrisers Hyderabad, Delhi Capitals, Rajasthan Royals and others have stolen the thunder as far as fans are concerned. Things may get better as IPL is gradually moving towards the next stage. Bigg Boss participants Eijaaz Khan, Nikki Tamboli, Pavitra Punia, Abhinav Shukla, Rubina Dilaik, Jasmin Bhasin have not been able to steal the hearts of the masses.

The opening week of the cricket tournament this year saw 21 per cent growth in average impressions per match as compared to 2019, despite one less match and fewer channels than last year, says a report by Broadcast Audience Research Council (BARC).

BARC report pointed out that a total of 269 million viewers watched IPL 2020 in its opening week, with 11 million more viewers per match compared to 2019, adding that 44 per cent of TV households watched IPL-13 Live, with a peak in viewership for HD channels.

After months of uncertainty, the 13th edition of IPL opened on September 19 with Mumbai Indians taking on Chennai Super Kings in the first match held at United Arab Emirates (UAE). The opening match witnessed a viewership of 52 million impressions (29 per cent higher than 2019), and was watched by 158 million viewers (21 per cent higher than 2019).

The season returned with a promise of fireworks, but most of the drama so far has been thanks to Siddharth Shukla rather than the housemates of the season.
Notably, the show failed to make it to the top five in the opening week (October 3 to 9).

In the Hindi Speaking Markets (Urban), the viewing minutes in billions for the launch week of season 14 was 3.1. As compared to previous seasons, this is better. The season 13 sum was 2.5, season 12 was 2.6 and season 11 was 2.

In the Hindi Speaking Market (Urban and rural), the launch week registered 3.9 billion viewing minutes. Season 13 and 12 had garnered 3.4, and season 11 was 2.5.
"Going by the craze, I am sure that IPL has generated a lot of buzz. People are watching the matches not only on the channel, but even on the streaming platform. The numbers are pretty much good on IPL. The matches are going down well and there are a lot of super overs. All the excitement is there. The tournament has a very good traction," industry analyst Girish Johar told IANS.

In the same vein, trade analyst Rajesh Thadani added: "IPL is scoring better. Bigg Boss is not doing that great. The matches are very interesting this time with the super overs happening, and there are a lot of things due to which IPL is getting interesting. Now, more people are glued to it."

Along with the nailbiting matches and superovers, controversies and high drama have also added spice for IPL. There was the Anushka Sharma-versus-Sunil Gavaskar tiff, Shah Rukh Khan`s appearance at the matches, MS Dhoni`s return to the field and several loved up moments between high profile star couples. Such moments always spell good news for the sponsors.
For IPL, it wasn`t a glossy start with Vivo pulling out as title sponsor earlier. The brand has paid a whopping Rs 2,199 crore for five years (2019-2023), or Rs 440 crore per year.

The League found sponsors in relatively unknown brands such as gaming company Dream11, Edtech unicorn Unacademy and the credit card payments company Cred, besides a couple of big names as Tata Motors Altroz and Ceat Tyres.

According to BARC, the advertising volumes also saw 15 per cent growth within the Star Sports set of channels/ Live matches (excluding Star Sport 1 Bangla, Star Sports 2 (HD+SD).
It is important to note that "Bigg Boss" started much after IPL, and is expected to catch up subsequently.

"Cricket matches without an audience, being played outside India, have less charm. But this is not bad. The kind of revenue it used to generate is not happening. Whereas `Bigg Boss` is going on for so many years, and people are interested in it, But it is too early to say if it is a success or a failure," said film trade analyst Amod Mehra.

With IPL scheduled to end on November 10, "Bigg Boss" is likely to take over the Indian small screen after that. That, though, depends on how the show unfolds and whether the contestants manage to grab the attention of the viewers with fresh tricks.