IPL Auction 2020 Date, Time, Player list, Venue, LIVE Streaming: Its the big day! We are hours away before the players go under the hammer for the 12th edition of the Indian Premier League.  Here is all you need to know. 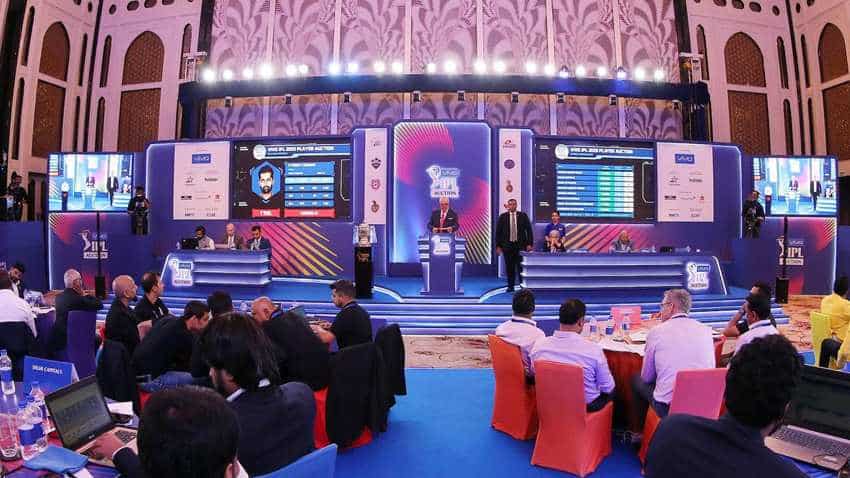 The BCCI had already confirmed that IPL auction 2020 will be held in Kolkata this year on December 19. Source - IPL website.
Written By: ZeeBiz WebTeam
Edited By: Harish Dugh
RELATED NEWS

IPL Auction 2020 Date, Time, Player list, Venue, LIVE Streaming: Its the big day! We are hours away before the players go under the hammer for the 12th edition of the Indian Premier League. Several big names will be up for grands as franchises look to find the final pieces of the team-building puzzle. A total of 971 players (713 Indians and 258 overseas players) had registered for this year's IPL auction out of which only 332 have been shortlisted by franchises. The eight teams will look to fill 73 slots and maximum 29 overseas players can be picked. The IPL 2020 auction will be a one-day affair and foreign players are expected to be the biggest attraction.

The BCCI had already confirmed that IPL auction 2020 will be held in Kolkata this year on December 19. This is the first time when Kolkata is hosting the event. The IPL auction will start at 2:30 pm on the mentioned date and will go on till evening. BCCI had changed the timing of the auction a few years back to draw maximum viewers.

The Indian Premier League auction can be watched on Star Sports as well as Hotstar. The broadcaster confirmed through a tweet that the auction will be aired on most of its channel. "December 19 from 2:30 PM, LIVE on Star Sports 1 Hindi/1 HD Hindi, Star Sports First, 1 Tamil, 1 Telugu, 1 Kannada, 1 Bangla; from 3:20 PM on Select 1/1 HD," it said. The IPL auction 2020 live streaming online will also be available on Hotstar.

The full list of players is expected to be released before the auction but the big names to go under the hammer include hard-hitting batsman Robin Uthappa, left-arm pacer Jaydev Unadkat and overseas stars such as Aaron Finch and Chris Lynn. Uthappa is expected to be the most sought after Indian player and has the highest base price of Rs 1.5 crore. He will be part of the first set of players to go under the hammer that also includes Aaron Finch, Chris Lynn, Jason Roy and Eoin Morgan.

There are seven overseas players in the top list with base price of Rs 2 crore - Pat Cummins, Josh Hazlewood, Chris Lynn, Mitchell Marsh, Glenn Maxwell, Dale Steyn and Angelo Mathews. Notably, both Mathews and Steyn had failed to find a buyer last year with the latter signed by RCB as an injury replacement mid-way into the tournament.

Among overseas players, Glenn Maxwell can start a bidding war. The Aussie all-rounder will be available for a base price of Rs 2 crore and is part of the second set that includes Pat Cummins, Josh Hazlewood, Mitchell Marsh, Dale Steyn, and Angelo Mathews.

Among the uncapped Indian players, India's Under-19 captain Priyam Garg could end up getting a hefty amount.