IPL 2020: Virender Sehwag has always been known for his tongue in cheek remarks. The former Indian opener has turned into a social media sensation ever since he retired from international cricket. 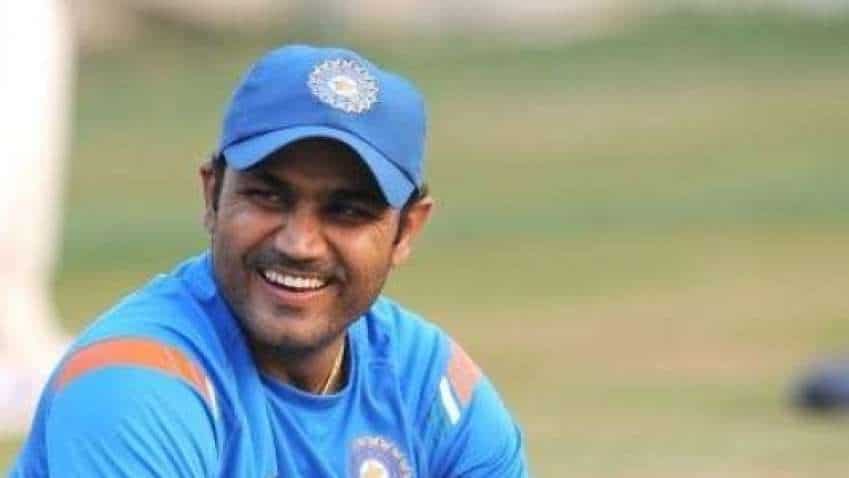 He took a dig at Rohit Sharma’s fitness referring to him as 'vada pav'. Source - PTI.
Written By: ZeeBiz WebTeam
Edited By: Harish Dugh
RELATED NEWS

IPL 2020: Virender Sehwag has always been known for his tongue in cheek remarks. The former Indian opener has turned into a social media sensation ever since he retired from international cricket. During the ongoing Indian Premier League season, Sehwag is running a new show named 'Viru ki Baithak' where he discusses the games with his fans. After Chennai Super Kings’ recent loss to Mumbai Indians, Sehwag took a dig at Rohit Sharma's fitness.

Mumbai Indians skipper Rohit missed the game against CSK due to an injury as Kieron Pollard led the side. Mumbai Indians comfortably thrashed their arch-rivals Chennai Super Kings by ten wickets after bundling them out at a paltry 114 while bowling first. It was an easy win for the defending champions.

After the match, Sehwag released his new episode of 'Viru Ki Baithak' where he spoke about the game. He took a dig at Rohit Sharma’s fitness referring to him as 'vada pav'. He also went on to refer his replacement Saurabh Tiwary as 'samosa pav'.

"Rohit was not playing. But so what if vada pav was injured? His spot was taken by samosa pav. I mean Saurabh Tiwary. Understood why?" - Sehwag said on the show.

In Rohit's absence, Ishan Kishan opened the innings for Mumbai Indians with Quinton de Kock. Ishan went on to score a cracking 68 off 37 balls laced with five sixes and six fours. He was well supported by De Kock, who scored 46 off 37 balls. The duo posted an unbeaten opening stand of 116 runs to take their team over the line without losing a single wicket.

Rohit also missed the next match against Rajasthan Royals. However, this time the team failed to register a victory in captain’s absence.