IPL 2020 auction: One player each released by franchises they may buy AGAIN! From Deepak Hooda, Chris Lynn to Jaydev Unadkat, check list

IPL 2020 auction: Some big names including Australia's hard-hitting opener Chris Lynn and South African all-rounder Chris Morris were among the 71 players released by the Indian Premier League franchises ahead of IPL 2020 auction. We look at one released player from each franchise that can return to the same team. 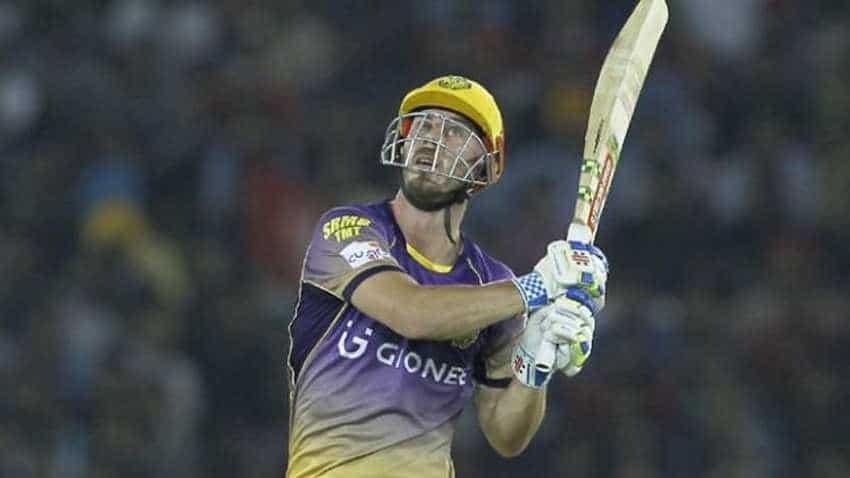 The IPL teams have a history of buying players for a lower amount during the auction that they had earlier released. Source - Reuters.

IPL 2020 auction: Some big names including Australia's hard-hitting opener Chris Lynn and South African all-rounder Chris Morris were among the 71 players released by the Indian Premier League franchises ahead of IPL 2020 auction. While players like Yuvraj Singh and Dale Steyn who are at the twilight of their careers were expected to be released by their respective teams, exclusion of Lynn, Morris and few others came as a surprise. The IPL teams have a history of buying players for a lower amount during the auction that they had earlier released. And, it won't be a surprise if a similar approach is adopted this year. So, we look at one released player from each franchise that can return to the same team.

A Dhoni favourite, Mohit Sharma was one of the only two players bought by the Chennai Super Kings last year. The yellow outfit paid Rs 5 crore, 10 times his base price, for the services of fast bowler. However, his stock has plunged since then and CSK would be hoping to get their man for a lot less.

One of the first few cricketers to turn freelancer, Ben Cutting is known for hitting the biggest sixes among current crop and has been a favourite of MI Paltan. It was his brilliant knock of 37 from 20 balls that almost took Mumbai Indians into the playoffs in 2018. But, with Keiron Pollard returning to form and Pandya brothers occupying the other all-rounder slots, Cutting was a surplus at Wankhede. The Aussie all-rounder still makes up for a brilliant backup player and Mumbai Indians would be tempted to net him cheap.

The West Indian was brought to M Chinnaswamy Stadium amid huge fanfare following his heroics against India in an ODI series last year. Hetmeyer was dropped from the side after just four games in which he managed only 15 runs and failed to justify his price tag of Rs 4.2 cr. The southpaw returned to the playing XI in a dead rubber and scored a scintillating 75 in RCB's last game to show what they were missing out on. The 22-year-old was still released in probably a bizarre move. It will be interesting to see if RCB wants him or not.

Not too long ago, Deepak Hooda was in line to make his India debut. Today, he finds himself way behind in the pecking order and the next season of IPL will be a chance to revive his career. The 24-year-old Vadodara batsman was bought by Sunrisers Hyderabad for Rs 3.6 crore by using right-to-match card and it won't be a surprise if he ends up at the same franchise but for a little less.

Rajasthan Royals and Jaydev Unadkat have had a strange relationship. The franchise made the left-arm pacer the most expensive Indian player of the auction for two consecutive seasons, releasing him both times eventually. It won't be a surprise if the team goes back to him.

Chris Morris might have failed to set the stage on fire at the international level but has been a huge hit in IPL with both bat and ball. He has been an important part of the Delhi side over the last few years and was also retained by the franchise in 2018. The Shreyas-Iyer led side would want to bring the South African back at a lower price.

"I will drop Shah Rukh Khan a message," said Yuvraj Singh after Chris Lynn smashed 91 off 30 balls to register the highest ever score in T10 cricket on Monday while playing for the Maratha Arabians in the Abu Dhabi T10 League. KKR have always backed Lynn despite his frequent injuries. Last year, when other senior players of the team like Andre Russel, Sunil Narine and Robin Uthappa fell apart with captain Dinesh Karthik, Lynn was seen holding the side together -- often motivating his teammates on the field. This is why his exclusion from the list probably came as a huge surprise. Let's see if the franchise could get the Aussie for a lower price tag.

Just like Lynn with KKR, Miller has had a long association with Kings XI Punjab, even leading the side in one season. The franchise have a history of either retaining or buying him back in the auction. It will be interesting to see if they do this again.

IPL 2022 Auction: CSK spend Rs 14 cr to get pacer Deepak Chahar; T Natarajan sold to Hyderabad for Rs 4 cr - See who sold for how much