IPL 2019: On the personal front for fans, loyalties will change and even friends will turn enemies as the cricket carnival returns to India. This time with more purpose - as the final audition for the 2019 ODI World Cup. 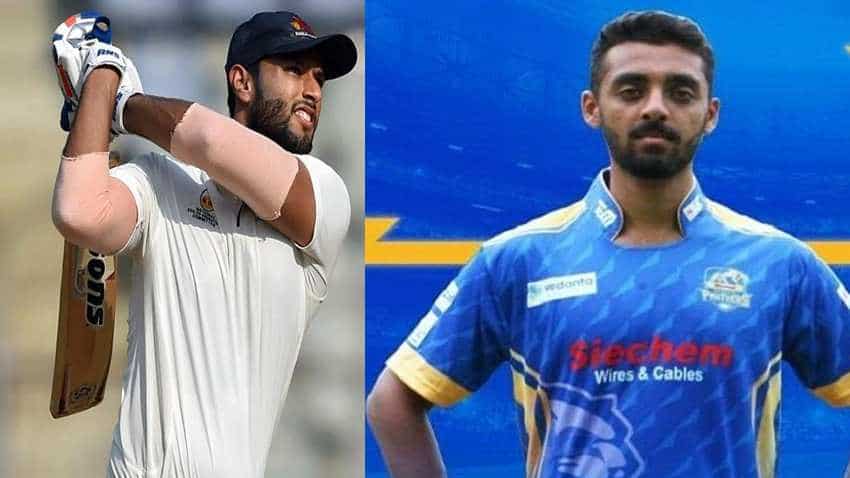 In what was a strange IPL auction this time, money was heavily spent on untested Indian talent even as big names were able to land lucrative contracts. Source - PTI/Twitter.
Written By: Manas Tiwari
RELATED NEWS

IPL 2019: On the personal front for fans, loyalties will change and even friends will turn enemies as the cricket carnival returns to India. This time with more purpose - as the final audition for the 2019 ODI World Cup. Though most international sides have locked important slots in their countries' final 15, impressive performances at IPL never go unnoticed. Notably, however, for India, the confusion continues. While Virat Kohli said that IPL performances will not influence the World Cup selections, both coach Ravi Shastri and chief selector MSK Prasad have said they would be considered while picking the players.

The pressure would once again be on big buys - the players who are expected to give a big return for the money spent on them. In what was a strange IPL auction this time, money was heavily spent on untested Indian talent even as big names were able to land lucrative contracts. Prabhsimran Singh, Shivam Dube and Varun Chakravarthy were among beneficiaries and took home big paychecks.

Jaydev Unadkat remained in high demand despite a poor season with Rajasthan Royals last year while Mohit Sharma will have another shot at reviving his international career.

Here are 5 most expensive Indian players sold this year in IPL who can set the stage on fire:

Last season turned out to be a bit of an anti-climax for Jaydev Unadkat after he took everyone by surprise by claiming 24 wickets in 12 matches for Rising Pune Supergiant in 2017, a performance that made him the most expensive India player in the auction that followed. Rajasthan Royals showed a lot of faith in Unadkat by paying Rs 11.5 crore for him at IPL 2018 auction. But, a below-par season meant that he was released only to be re-signed by the same side for Rs 8.4 crore - once again making him the most expensive Indian player at the auction.

Varun Chakravarthy's rise to fame has been as mysterious as his bowling style. The 26-year-old Tamil Nadu all-rounder was sold for Rs 8.4 crore against his base price of Rs 20 lakh after a bidding war between Rajasthan Royals and Kings XI Punjab. However, it will be interesting to see how he breaks into a playing XI that already features two highly impressive spin options in Ravichandran Ashwin and Mujeeb-ur-Rahman.

As expected, Shivam Dubey invited a bidding war before going to RCB for Rs 5 crore. The Mumbai all-rounder who smashed five sixes in an over twice this year in domestic cricket, looks like an exciting prospect for India. The 25-year-old fast-bowling all rounder averages over 50 with the bat and 22.6 with the ball in first-class cricket. Even though he didn't play much in this year's Syed Mushtaq Ali Trophy, this would be Dubey's chance to impress captain Kohli. Also, watch out for Hardik Pandya and Vijay Shankar!

Four years ago, Mohit Sharma played an important role in India's journey to the semi-final of 2015 ODI World Cup. The Haryana pacer had joined the side after an injury to Ishant Sharma and had finished with 13 scalps at the tournament. Today, he isn't even in the scheme of things for the ODI set up. But, a few impressive performances and an injury to some one might change Sharma's fortunes again.

What's better? He is back at Chennai Super Kings under MS Dhoni, the same team and captain who brought the best out of him in the past.

Some #BehindTheScenes fun to bring your Wednesday to life. Who do you think had the best moves? #ThisIsNewDelhi #DelhiCapitals pic.twitter.com/YNwMCQKeUz

Axar Patel has hardly done anything wrong in the last few years. Yet, he finds himself out of the Indian side and even Kings XI Punjab decided to release the all-rounder they famously retained last year. But, Patel has found a new home in Delhi Capitals who spent Rs 5 crore on him and his recent domestic form suggests that it wasn't a bad decision at all!