CSK vs RR IPL 2020: For Rajasthan Royals, Jofra Archer has been amazing in every game, says skipper 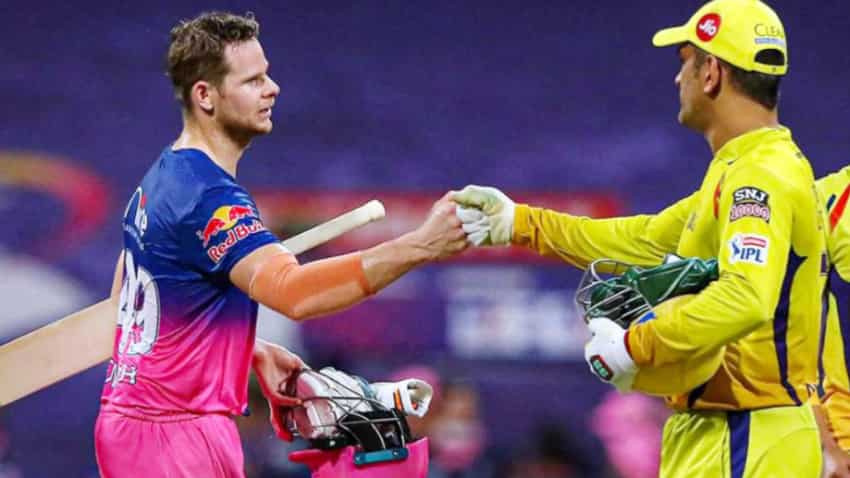 IPL 2020: After registering a comprehensive seven-wicket win over Chennai Super Kings (CSK), Rajasthan Royals` skipper Steve Smith hailed pacer Jofra Archer for his economical spells throughout the ongoing Indian Premier League (IPL).Rajasthan Royals chased down the total of 126 with seven wickets in hand and 15 balls to spare against Chennai Super Kings at the Sheikh Zayed Stadium on Monday.

Buttler played a match-winning knock of 70 runs while skipper Steve Smith played an unbeaten innings of 26 runs.Archer just conceded 20 runs in his quota of four overs against CSK and he also ended up taking the wicket of Faf du Plessis. In the tournament so far, Archer has taken 13 wickets at an economy rate of just 6.75."Finally, good to get a win after two games where we probably let it slip, nice to get a win against the Chennai Super Kings, it was a pretty cruisy win at the end, we don`t have many like these at the Royals. Do we? Jofra has been amazing for us every game and our spinners always do the job.

It was a nice wicket for the spinners, it was stopping a bit, they bowled nice lengths and they mixed it up," Smith told Buttler in a video posted on iplt20.com.With this win, Steve Smith-led Royals has moved to the fifth position in the Indian Premier League (IPL) points table with 8 points from 10 matches while CSK is now languishing at the bottom with just six points.Rajasthan was 28/3 at one stage but Buttler and Smith put together an unbeaten stand of 98 runs to take their side over the line. Deepak Chahar was the pick of CSK bowlers as he returned with figures of 2-18 in his four overs.

Batting first, CSK posted a total of 125/5 in the allotted twenty overs. Ravindra Jadeja top-scored for the MS Dhoni-led side as he played an unbeaten knock of 35 runs. For Rajasthan Royals, Shreyas Gopal returned with the best bowling figures as he finished with figures of 1-14 in his four overs.Rajasthan Royals will next take on SunRisers Hyderabad on Thursday, October 22 at the Dubai International Stadium.