The CBI had filed the FIR against Karti Chidambaram and the Mukerjeas on charges of criminal conspiracy, cheating, receiving illegal gratification, influencing public servants and criminal misconduct. 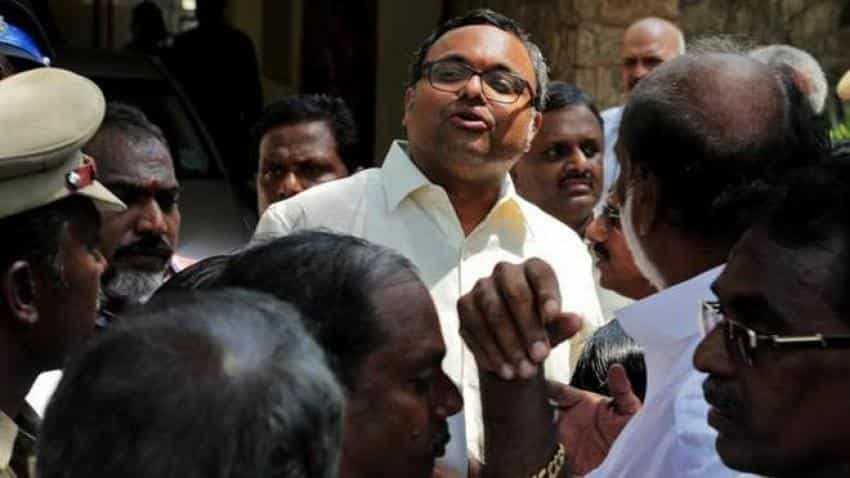 The searches were carried out against people allegedly linked to Karti Chidambaram. Image source: Reuters

They said the raids were being conducted at three premises in Chennai under provisions of the Prevention of Money Laundering Act (PMLA), the anti-money laundering law.

The searches were carried out against people allegedly linked to Karti Chidambaram, they added.

The former Union minister's son was questioned for over 10 hours yesterday in this case in Delhi by the Enforcement Directorate.

The central probe agency had carried out searches in this case earlier too. It had registered a money laundering case against Karti Chidambaram and others in May last year.

It had registered an Enforcement Case Information Report (ECIR), the ED's equivalent of a police FIR, against the accused who were also named in a CBI complaint, including Karti Chidambaram, INX Media and its directors -- Peter and Indrani Mukerjea.

The ECIR was lodged under the provisions of the Prevention of Money Laundering Act (PMLA). The ED is probing the alleged "proceeds of crime" generated in this case.

It was the ED which had provided information about the alleged illegal payments made by INX Media, based on which the CBI had filed its FIR.

The CBI had also carried out searches at the houses and offices of Karti Chidambaram across four cities for allegedly receiving money from the media firm owned by the Mukerjeas to scuttle a tax probe.

The Chidambarams, however, have denied all the charges made against them.

The CBI had filed the FIR against Karti Chidambaram and the Mukerjeas on charges of criminal conspiracy, cheating, receiving illegal gratification, influencing public servants and criminal misconduct.

The agency has alleged that Karti Chidamabaram received money from INX Media for using his influence to manipulate a tax probe against it in a case of violation of Foreign Investment Promotion Board (FIPB) conditions to receive investment from Mauritius.