Investment in 17 entities under shipping ministry hiked to Rs 5,778 cr for FY'20

Blue economy refers to sustainable use of marine resources for economic growth, improved livelihoods and jobs while preserving the health of marine ecosystem. 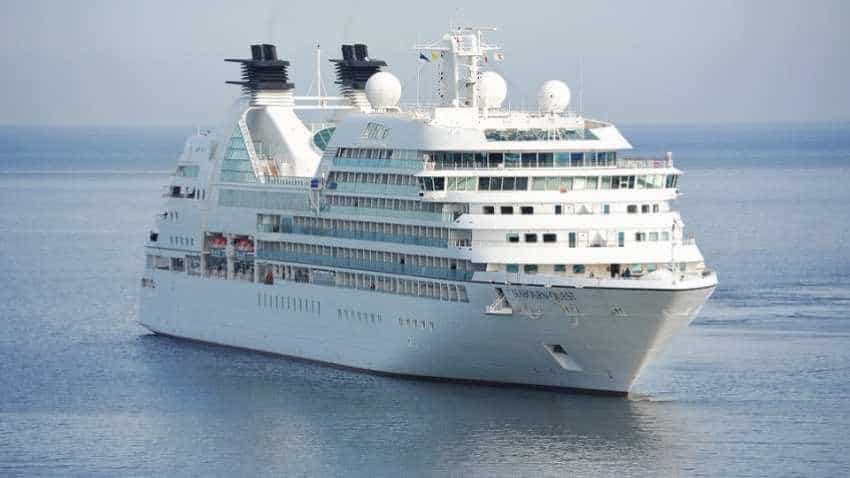 The government has increased the proposed investment in 17 enterprises under the shipping ministry to Rs 5,778 crore for 2019-20, Image source: Pixabay

The government has increased the proposed investment in 17 enterprises under the shipping ministry to Rs 5,778 crore for 2019-20 in order to boost the 'blue economy'.

The estimated investment in these enterprises that include 12 major ports is Rs 5,548.12 crore in 2018-19, according to the revised numbers in the recent budget document. The government had proposed an investment of Rs 5,079.80 crore in the Budget for 2018-19.

Aspiring to be a USD 10 trillion economy in the next eight years, the government plans to harness India's long 7,500-km coastline by promoting water transport.

The government said of the Rs 5,777.79 crore investment proposed, Rs 5,577.79 crore will be met through Internal and Extra Budgetary Resources (IEBR).

Finance Minister Piyush Goyal in his budget speech on Friday said India's long coastline has the potential of becoming the strength of the economy, particularly through exploitation of the blue economy, to ensure better standards and quality of life for people living in coastal areas.

Blue economy refers to sustainable use of marine resources for economic growth, improved livelihoods and jobs while preserving the health of marine ecosystem.

Goyal also said the ambitious Sagarmala project will be fast-tracked.

"Our efforts in the Sagarmala programme will be scaled up and we will develop other inland waterways faster. Our coastline and our ocean waters powering India's development and growth are few dimensions of the government's vision," he said.

The Sagarmala initiative is a positive step by the government towards transforming the nation through port modernisation.

Projects identified under Sagarmala programme are expected to mobilise more than Rs 8 lakh crore of infrastructure investment, double the share of domestic waterways (inland and coastal) in the modal mix.

The initiative will lead to logistics cost savings of Rs 35,000-40,000 crore per annum, boost merchandise exports by USD 110 billion and enable creation of 1 crore new jobs, including 40 lakh direct jobs, in next 10 years, according to the government.

Hike in fares of shipping containers: Know the reasons behind it and impact on exporters

Coastal Shipping Bill: From Cabinet nod to boost for cargo movement, all you need to know

Amazon to pay $1.2 million in settlement over pesticide sales, US says