Insurance companies will have to abide by IRDAI regulations while investing in the corporate companies, says Subhash Chandra Khuntia, Chairman, Insurance Regulatory Development Authority of India (IRDAI), during an interview with Zee Business. 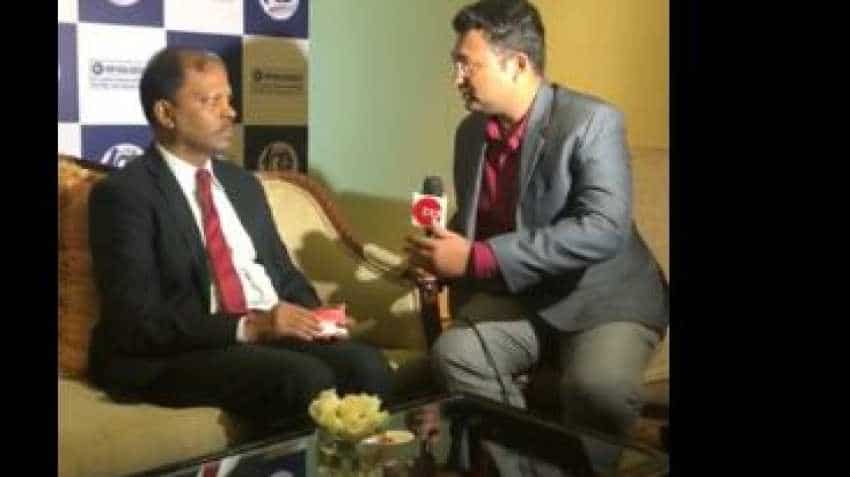 Khuntia asked insurance companies to be careful while investing in corporate companies to make sure that policyholder is not at the receiving end. Image source: Zee Business
Written By: Anurag Shah
Edited By: Arun Kumar Chaubey
RELATED NEWS

Q: But what about the insurance companies which invested in IL&FS, as they will be on a risk?
A: The investments in IL&FS will be treated separately but we have asked companies to be careful before investing in the future and make sure that the policyholder is not at the receiving end.

Q: New life insurance product guidelines minimum sum assured on death can be seven times the annualised premium? But it is contradicting with the Income Tax deduction under 80C of maximum 10% premium of Sum assured. Keeping this in mind, will you ask the Finance Ministry to change it?
A: If there is a coverage of 10 times or more, then one will get the income tax exemption. However, there is no income tax exemption for 7-10 times, but people can opt for the policy without getting exemption in income tax. For instance, those who got themselves insured/go for life insurance will need 7-8 times as 10 times is a hard thing for them, and they will not get any income tax exemption. But we had requested to Finance Ministry to reduce the 10 times of the income tax to 7 times. This could not happen in the budget of this year and we will look for the same at this the next year’s budget.

Q:  There are certain diseases which are available in the exclusion list but what will happen when they come into the inclusion list as proposed in New Health product Draft guidelines? Do you think that this inclusion will put additional pressure on common policyholders?
Ans: A: Yes, inclusion will put a bit pressure on them, but it will not too huge to have an adverse effect on them. But generally, it will be beneficial for everyone because exclusion will become less.

Q: By when the new guideline will come out?
Ans: We are looking at the exclusion, but it will be released soon.

Q: What is the progress on rules associated with sandbox and what interest has been shown on that?
A: In the sandbox, we got support from start-up companies as well as from insurance companies and it has been approved and the guidelines will be issued in next few days and then will begin will it.

Q: Many Insurance companies stated that there is a decrease in auto sales and increased insurance cost for long-term insurance is one of the reasons for that. So, should we expect that the IRDAI will introduce some new changes in the segment?
A:  Renewal will not be long-term. However, this change of long-term insurance - under which the third-party insurance should be for 3 years for a new two-wheeler and 5 years for a four-wheeler - was issued in the backdrop of the supreme court’s order. But the comprehensive insurance is not compulsory and according to bundle policy, one year will be given for own damage and three years for the third party. It will help in reducing the financial burden.

Q: Will IRDAI will give an approval under which small products or products of limited size will be sold even at the pharmaceuticals and medical stores. What is the progress on it?
A: The distribution channel can appoint a person, but they should be trained so that they know about the process of selling insurance.

Q: What is the timeline for reduction of the stake of Life Insurance Corporation of India in IDBI Bank?
As per IRDAI norms, insurers are allowed to only hold 15 per cent equity stake in an entity. A special dispensation had been given to LIC to hold 51 per cent stake in IDBI Bank after the insurer bought the stake from the government. LIC will give a deadline which the IRDAI will look into.