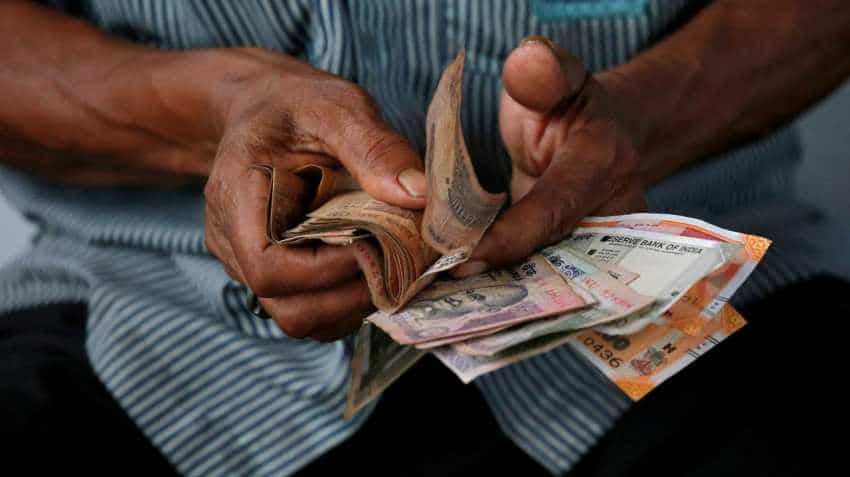 More than 9,000 cases have come for redressal under the Insolvency and Bankruptcy Code (IBC), which became fully operational in December 2016. Image Source: Reuters
Written By: PTI
RELATED NEWS

The insolvency law has helped in directly and indirectly addressing stressed assets worth Rs 3 lakh crore in the last two years, a senior government official said Saturday. More than 9,000 cases have come for redressal under the Insolvency and Bankruptcy Code (IBC), which became fully operational in December 2016.

Corporate Affairs Secretary Injeti Srinivas said there has been a direct and indirect impact of the Code on stressed assets worth close to Rs 3 lakh crore. The estimated amount, included recoveries made through resolution plans and cases settled before admission by the National Company Law Tribunal (NCLT) under the Code.

Over 3,500 cases have been resolved at pre-admission stage and resulted in claims worth Rs 1.2 lakh crore getting settled, he said. Under the Code, cases are taken up for resolution only after approval from the NCLT.

"About 1,300 cases have been admitted and out of that, in about 400 cases, corporate insolvency resolution process has been completed... In 60 cases resolution plans have been approved, in 240 cases liquidation orders have been given, 126 cases are in appeal. These cases which have been resolved have led to recovery of Rs 71,000 crore as of now," Srinivas said here.

Taking into consideration cases that are at a mature stage of being addressed under the Code, he said the amount would be another Rs 50,000 crore.

"If you factor that, you have around Rs 1.2 lakh crore coming through resolutions... (then adding up) pre-admission settlements, then it becomes Rs 2.4 lakh crore," Srinivas said.

Further, the Corporate Affairs Secretary noted that there are non-standard NPA accounts that have been converted to standard accounts by virtue of borrowers paying back the overdue amount and that figure would be around Rs 45,000 to 50,000 crore.

Together, the amount would be close to Rs 3 lakh crore in terms of stressed assets that have been directly and indirectly impacted by the Code, he added.

Srinivas also said that much of the money might be pertaining to operational creditors. Besides, he said there are some bottlenecks with NCLT, insolvency resolution professionals and Committee of Creditors (CoC).

"Today, I find that more than 3,200 cases pending for more than 90 days for admission... So who to blame? I will not blame NCLT but NCLT has to be more conscious about time (line)," he noted.

According to him, there are also instances of delay in preparation of Expression of Interests (EoI) with respect to entities under the resolution process as well as in evaluation of bids. These are issues that need to be seriously looked into by the insolvency resolution professionals.

He said that there should not be asymmetry of information as the objective of resolution process is maximisation of the value of assets.

"I would urge upon the IBBI Chairperson to look at a system where information is available in the public domain transparently... So that it is not the prerogative of the few," he added.

Srinivas also suggested the idea of having a "pre-packed" model, like in some matured jurisdictions, for cases coming up before the NCLT for approval under the Code.

"It has to be a completely transparent process. Literally, an insolvency practioner should be appointed by the board... It (pre-packed model) is little premature. I think we can look at it. It needs more assessment and research," he noted.

Insolvency and Bankruptcy Board of India (IBBI) Chairperson M S Sahoo said it was not advisable to exclusively rely on the Code for resolution of all problems, adding that everyone has to play their roles under the Code.

Noting that the Code provides for basically a "cash flow approach and not a balance sheet approach", Srinivas said there has been a tectonic change in the behaviour of borrowers and lenders.

"The amount of money stuck up that can be released can give a push to economic growth," he said. The Code has been changed four times, including through two ordinances, in the last two years. They were speaking at a conference on 'Ensuring Efficiency in Resolution Process' here.