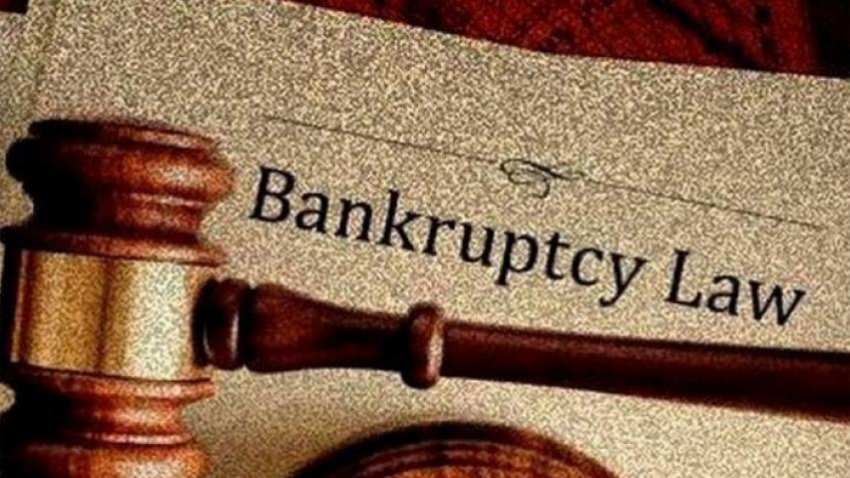 The government is also in looking at hiring more members to the national company law tribunals. Image: Zeenews.com

Insolvency and Bankruptcy Code updates: Corporate affairs secretary Injeti Srinivas today said the evolving insolvency and bankruptcy law can be extended to cross-border assets. The government is also in looking at hiring more members to the national company law tribunals to further strengthen the Insolvency and Bankruptcy Code (IBC) process, said a corporate affairs ministry official. "A committee has been set up to look into the cross- border insolvency process. It will formulate a process to deal with international assets of any company. Based on the committee reports a final decision on it will be taken," Srinivas said without elaborating.

Meanwhile, addressing the same CII event on insolvency here today Gyaneshwar Kumar Singh, joint secretary at the corporate affairs ministry said government has received 500 applications for NCLT members and it is in the process of recruiting new members. The government is also looking to increase number members at the Mumbai bench of the NCLT to four from one now, Singh said, adding, "we are going for a drive where the capacity of NCLT is increased in a substantial way".

Meanwhile, stating that his ministry has identified 50,000 shell companies, Srinivas said dormant companies are liable to get deregister. "It's an ongoing process. We have identified about 2 lakh companies. So far, 50,000 of them have got deregistered and as we move along we expect that a large number of companies will get de registered, he said. But there is a due process that has to be followed to give companies an opportunity to defend their case, he added.

The government is planning a separate legislation for registered valuers who can help arrive at better valuation of bankrupt companies under the insolvency process, a senior government official said today. Of the 40 largest NPA accounts sent to various NCLTs since last July, which together constitute around 40 per cent of the over Rs 11-trillion of bad loans, only seven have been resolved so far, wherein the banks have taken an average haircut of over 60 per cent only as some accounts like Alok Industries have been bid out for a paltry 17 per cent of the money the bankrupt company owed to the lenders.

Noting that the nascent insolvency and bankruptcy code (IBC) is stabilising, corporate affairs secretary Injeti Srinivas said proper valuers are the critical missing link in the process now as most of the insolvency professionals are poorly equipped being it a new area for them. "You have registered valuers now. But you don't have a separate law for them. We are looking at the possibility of a separate law say for chartered accountants, or company secretaries. We are assessing whether we can have a full- fledged law to regulate them as they are most critical in the success of the insolvency process," Srinivas told an event organised by the industry lobby CII here.

He further said IBC has a robust legal framework, but the weak area is the lack of experience of the insolvency professionals (IPs). "The insolvency professionals are very poor now. Unlike chartered accountants, company secretaries, cost accounts, who have been there for decades together, the IPs are new," he said. Noting that valuation is at the core of bankruptcy proceedings, he said, "valuation is a very serious area as this is lying at the heart of the entire process. If valuations are faulty, the outcomes will be undesirable." He also said other weak points are information utilities, which are still to take off. Similarly, the IPs have to be strengthened a lot more, may be under the insolvency professional entity.

Ruling out auction of bankrupt assets as an unviable option, Srinivas said the "bankruptcy process is complicated as there are so many stakeholders, so many contractual obligations and so many jobs are at stake. It is not very easy to monetise everything and get a price." "May be at a future date we can think of a two stage process wherein at the first stage you will have financial and non-financial templates and evaluate, short-list their quotes and then go in for auctions. In which case the highest bidder will be able to get the asset," he said.

Underlining the need to stick to the law-mandated timelines in resolving the crippled assets, Srinivas said, "we need to find ways and means to stick to the timelines. When you will have timely intervention, timely reference, the asset value would have been largely preserved." Dispelling the criticism that IBC is anti-promoter, he said the first amendment to the code in November 2017 was influenced by a Supreme Court order which had said deeply trenched promoters must realise that for them to continue in management they have to pay back.

"This amendment has actually given a window of opportunity to the promoters-yet another chance for them to clear the dues. The law is not anti-promoter as the restriction is not on promoters but on resolution applicants. Promoters can also be a resolution applicant and has to pass the basis test like everybody else."