INSIDE Maharashtra Politics STORY: 12 am deal, a call to Amit Shah and big news breaks - How it happened!

Maharashtra government formation: With Bhupendra Yadav around, Devendra Fadnavis sealed the deal with Ajit Pawar, little before 12 a.m. on Saturday. 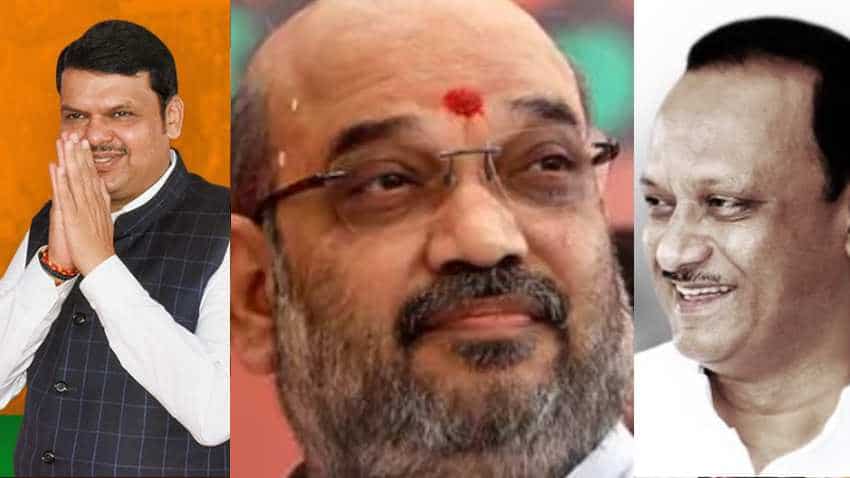 Maharashtra Government Formation: When Shah picked the call, there was only one request froth other side -- let the oath taking be complete before Mumbai wakes up.

Maharashtra early on Saturday got a surprise pack of Chief Minister and his deputy in BJP's Devendra Fadnavis and NCP's Ajit Pawar.

Here is the what happened when:

11.55 pm Friday - Faadnavis speaks to Party and requests for swearing-in before anyone in Sena-NCP-Congress comes to know and stakes claim.

12.30 a.m. Saturady - Governor who was to travel out of Mumbai to New Delhi, cancels his travel

2.30 a.m. - Secy informs he will submit file within two hours and advises 7.30 a.m. for swearing in as arrangements have to be made early on Saturday.

As Saturday morning brought surprise and amazement to many with a 180-degree-turnaround in the Maharashtra politics, it once again reinforced the fact that Amit Anilchandra Shah is the undisputed 'Chanakya', when it comes to Indian politics.

What happened between 9 p.m. on Friday, when Sharad Pawar announced that consensus on Uddhav Thackeray's name as Chief Minister was reached and 7.50 a.m. on Saturday, when Governor B.S. Koshiyari began swearing in a BJP-led government -- it all had the stamp of the Shah politics written all over it -- utmost secrecy, maintaining shock value and outsmarting the smartest one.

Sources say, there were massive disagreements between the NCP and the Congress on the post of Speaker. So much so, that the decibel levels increased.

To soothe the nerves and presuming they have all the time to negotiate even further, it was decided to call it a day and meet the next morning on Saturday.

But the work of Shah's BJP started right then at the stroke of midnight -- after that and before the NCP-Congress-Shiv Sena could meet the next day -- the new government of Devendra Fadnavis and Ajit Pawar was already sworn in.

BJP General Secretary and Shahs trusted man Bhupendra Yadav was silently rushed to Mumbai, as media frenzy was primarily around Matoshree, the residence of the Thackerays.

Behind the scenes, the final touches were given to what can be best described as a "coup within the family".

However, few insist Sharad Pawar was aware of his nephew holding secret and parallel talks with the BJP and the 40-minute long Modi-Pawar meeting was less about farmers and more to impress upon the Prime Minister to not entertain the Pawar junior.

On Saturday morning, though, if one goes strictly goes by Sharad Pawar's tweet, he claims to be caught off guard.

In September, the Enforcement Directorate filed money laundering cases against both the Pawars in Maharashtra Bank Scam. The scam is alleged to be of around Rs 25,000 crore.

The case is based on a Mumbai Police FIR that had named the then directors of the bank, including former deputy chief minister of the state Ajit Pawar.

Splitting the NCP and joining hands with the BJP at the state may be beneficial to Ajit Pawar. Though it is not clear, how many MLAs are with Ajit Pawar. Technically, it requires two-third MLAs to split a party. NCP won 54 seats in the recently held Assembly election that threw a hung Assembly.

With Bhupendra Yadav around, Devendra Fadnavis sealed the deal with Ajit Pawar, little before 12 a.m. on Saturday.

It was decided Fadnavis will lead the pack for full five years and Ajit Pawar will remain his deputy for the tenure. Within minutes, a call was placed to Amit Shah, who was awake in New Delhi and was well aware of what's happening in Mumbai.

When Shah picked the call, there was only one request froth other side -- let the oath taking be complete before Mumbai wakes up. 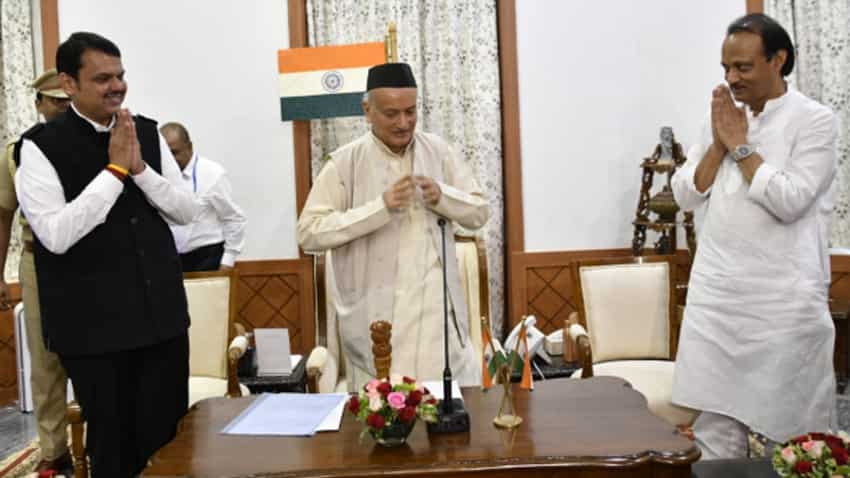 This was to avoid derailment of finalized talks. Shah authorized with the go ahead from 7 Lok Kalyan Marg for the same.

At 12.30 a.m., the Governor, who had to travel to the national capital, cancelled his trip, after being informed that the two have managed numbers and wish to form the government at the earliest.

At 2.10 a.m., when Fadnavis, Yadav and Pawar junior in Mumbai and Shah in Delhi were awake, the Secretary to the Maharashtra Governor was told to submit revocation of President's Rule order. 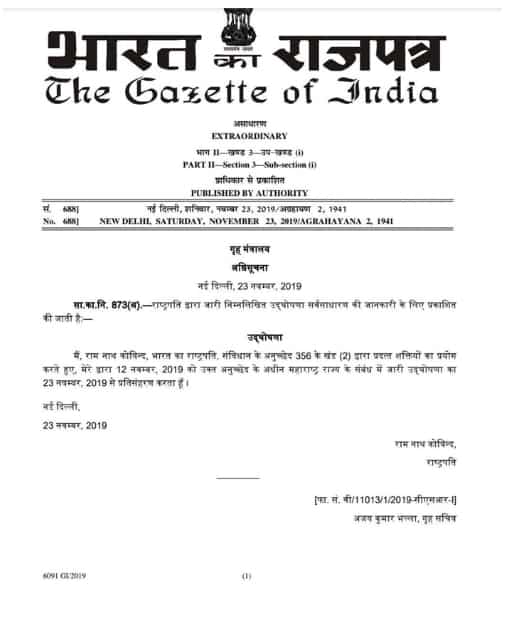 Sources said, BJP wanted the swearing in to begin at 6.30 a.m. But they were told, the arrangement for the same can only begin in the morning and requests it to be delayed by an hour.

All these while, Amit Anilchandra Shah was kept in the loop, in real time, as it happened in Mumbai. And as they say, the rest is history.

The BJP's Chanakya reasserted himself, once again.