Industry, exporters should not depend on subsidies; work on improving competitiveness: Goyal

Commerce and Industry Minister Piyush Goyal Thursday said that industry and exporters should not depend on government subsidies and instead focus on becoming more competitive. 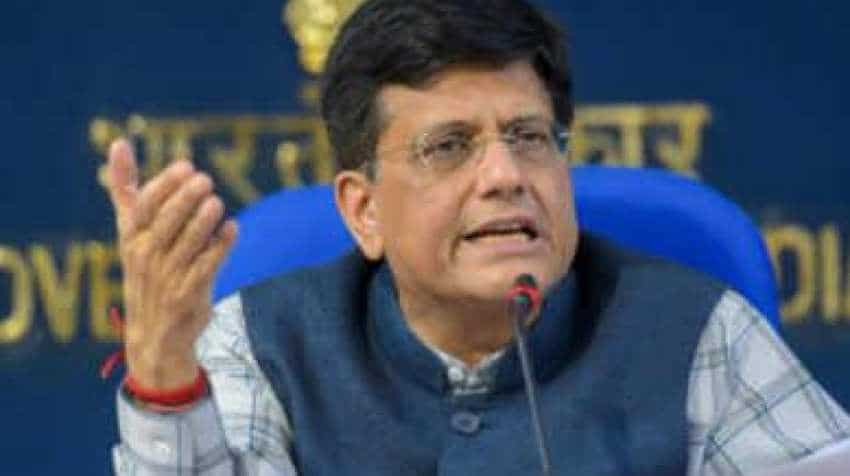 Commerce and Industry Minister Piyush Goyal Thursday said that industry and exporters should not depend on government subsidies and instead focus on becoming more competitive. PTI

Commerce and Industry Minister Piyush Goyal Thursday said that industry and exporters should not depend on government subsidies and instead focus on becoming more competitive. He said this while addressing members of the Board of Trade and the Council of Trade Development and Promotion. At the meeting, it was decided to take certain measures to promote exports, reduce import dependence and boost manufacturing. After the over nine-hour long meeting, Goyal told reporters that participants were in tune with the government's thinking that they should work on increasing competitiveness instead of depending upon small subsidies.

"I found great acceptance of the government's thinking that we should move towards free trade and look how we can move out of the mindset of small subsidies," he said. "My own experience in the last five years is that wherever we have done away with subsidies, industry and business have progressed, grown and prospered," Goyal said. It was discussed that to make exports and industry competitive, the focus should be on improving infrastructure, promoting trade facilitation and making available credit at very competitive prices, "rather than fettering away the resources of the government into very small small schemes which rather than expanding trade, very often become inhibitors to bigger degree of trade", the minister said.

He said that participants welcomed the discussion about reducing dependency on subsidies. On export credit, he said it was discussed in detail and a meeting has been called Friday to further deliberate on the matter. The meeting would be attended by private sector banks, EXIM Bank, Export Credit Guarantee Corporation of India (ECGC) and representatives of RBI. A number of decisions were taken during the meeting, including expediting the investigations on imports under anti-dumping mechanism; steps to boost exports of organic produce; examining ways to rationalise the mandi fees across states; and identification of top 50 products, which constitute 60 per cent of India's import, and looking at possible ways to reduce import dependence. The other decisions include fast disposal of claims by ECGC and putting in public domain the pending claims for the benefit of the industry; meetings with state export commissioners; and development of product specific clusters for 50 sectors with high manufacturing potential.

To leverage the railways real estate and use less utilised railway stations, the ministry will explore the possibility of setting up warehouses. Besides, the industry department will work with chambers for organising a national investor promotion event in the next six-to-nine months. Accepting strengths would help in achieving the target of USD 1 trillion in merchandise exports and USD 1 trillion in services exports in the next five years and also become an internationally integrated economy, he said. The minister said that action on many of the decisions arrived at Thursday's meeting will be taken in the next 45 days.
He also announced that the next follow up meeting would be held in 45 days. "Easier availability of credit at cheaper rates to exporters will be resolved expeditiously. A new scheme to rebate state and central taxes and levies will be rolled out in three months and will be implemented in a phased manner for all sectors," he said.

During the day-long deliberations, exporters spoke about trade disputes, ongoing negotiations under Regional Comprehensive Economic Partnership and difficulties in availability of export credit.
The other issues which figured in the meeting include optimising the use of Directorate General of Foreign Trade under the ministry. On special economic zones, it was informed to industry that it would be difficult to remove Minimum Alternate Tax (MAT) and Dividend Distribution Tax (DDT) on these zones. The issues related with free trade agreement and widening trade deficit with China were also discussed.

When asked about the US' decision to withdraw export incentives under the Generalized System of Preference (GSP), Goyal said: "It is not something that any of the exporters raised as a matter of life and death. It has had an impact on some place...But I think India is now moving out of the clutches that we thought we needed to promote exports." He said India is no more an under-developed country or a least developed country that it is going to look at only that kind of support. "We also believe that in our development cycle, certain countries were giving us support which was an added benefit to move out of our problems faster, but (if) some countries have chosen a different path, we accept it gracefully and we will reorient ourselves to remain competitive even without that," he added.

Secretaries of departments of Commerce, Revenue, Shipping, Road Transport and Highways, Civil Aviation, Promotion of Industry and Internal Trade, Agriculture, Information Technology, Textiles and other ministries participated in the high-level joint meeting along with officials of export promotion councils and representatives of industry and states. The Board of Trade advises the ministry on policy measures connected with the foreign trade policy in order to achieve the objectives of boosting trade. The Council for Trade Development and Promotion ensures the continuous dialogue with states and UTs on measures for providing an international trade enabling environment in the states and to create a framework for making them active partners in boosting India's exports.

India made an offer to US to resolve trade issues: Suresh Prabhu