The Index of Industrial Production (IIP) had expanded by 4.5 per cent in April 2018. 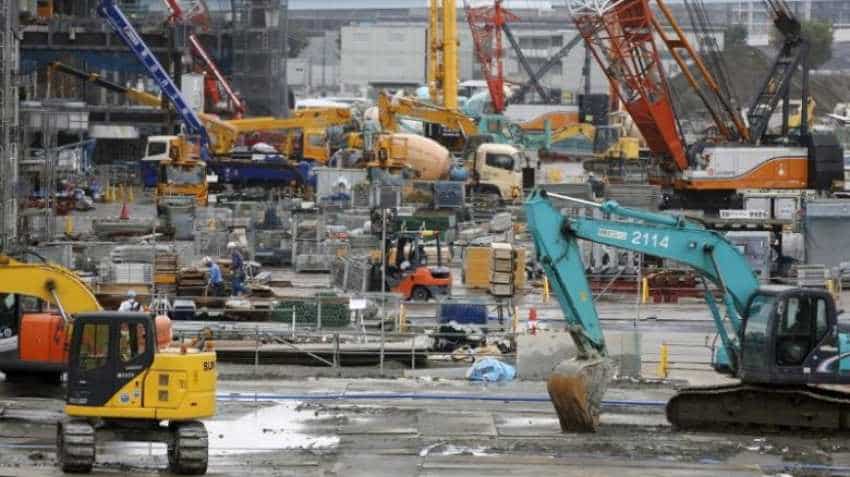 The expansion in the mining sector was 5.1 per cent compared to 3.8 per cent in the year-ago month. Representational Image, source: Reuters

India's industrial output grew to a six-month high of 3.4 per cent in April mainly on account of improvement in mining and power generation, according to government data released Wednesday. The Index of Industrial Production (IIP) had expanded by 4.5 per cent in April 2018. The previous high in IIP growth was recorded at 8.4 per cent in October 2018. The expansion in the mining sector was 5.1 per cent compared to 3.8 per cent in the year-ago month.

Similarly, the growth in the power sector was 6 per cent in April as against 2.1 per cent in the corresponding month of the last fiscal. However, there was a slowdown in the manufacturing sector.

As per Central Statistics Office (CSO) data, manufacturing growth slipped to 2.8 per cent in April from 4.9 per cent in the corresponding period last year.

Giving further details, the CSO data revealed that the growth in capital goods segment, barometer of investment activities, slowed sharply to 2.5 per cent from a high of 9.8 per cent in April 2018.

However, the production of primary goods increased by 5.2 per cent in April this year as against 2.7 per cent year-on-year.

In terms of industries, 14 out of 23 industry groups in the manufacturing sector showed positive growth during April 2019 as compared to the corresponding month of the previous year.

On the other hand, the industry group 'manufacture of paper and paper products' showed the highest negative growth of (-) 12.3 per cent followed by (-) 9.6 per cent in 'manufacture of fabricated metal products.

Industrial production grows by 3.2% in October 2021

As economic activity picks up, inflation steady at 6.26%; industrial production grows over 29%