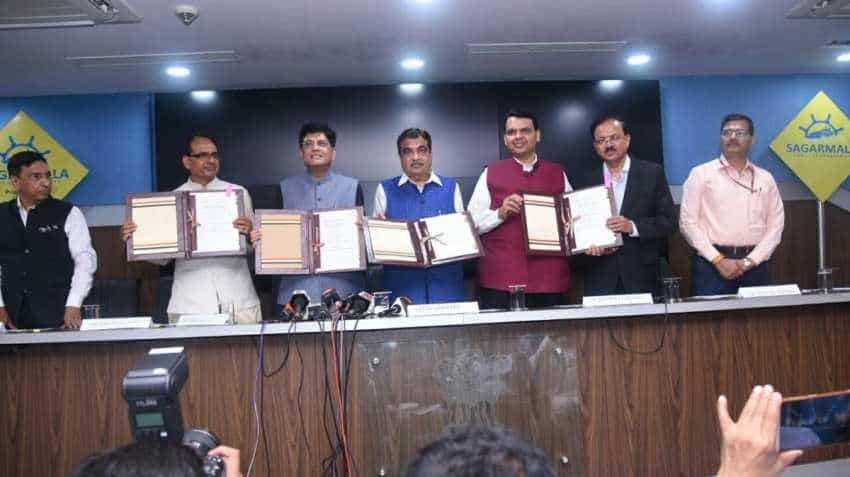 Indore-Manmad railway line: Jawaharlal Nehru Port Trust- Ministry of Shipping, Ministry of Railways, Government of Maharashtra and Government of Madhya Pradesh on Tuesday signed a MoU for implementation of the 362 km Indore- Manmad New Railway Line Project. Speaking on the occasion of the signing of the MoU, Union Minister Nitin Gadkari said this was a major step towards the development of backward areas of Madhya Pradesh and Maharashtra through which the new railway line will pass.

According to an official statement of the Ministry of Shipping, "Containers and other rail traffic from Indore and other Central Indian locations earlier had to follow a circuitous route through Vadodara and Surat to reach Mumbai, Pune and ports like JNPT, travelling a distance of 815 km. The new project will reduce the distance from Mumbai/Pune to key central India locations by 171 kilometres, resulting in lower logistics costs."

"This is especially significant as the new railway line will pass through the Delhi-Mumbai Industrial Corridor nodes of Igatpuri, Nashik and Sinnar; Pune and Khed; and Dhule and Nardana," it added. 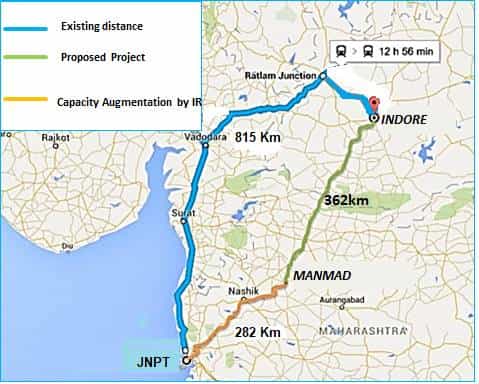 It is estimated that the project would result in cumulative net economic benefits of Rs 15,000 crore in the first 10 years of operations.

According to Gadkari, the logistics advantages of the project include providing a shorter route for the passenger as well as the freight traffic originating from/ terminating at or crossing through the region.

"The project will reduce the logistics cost for the cargo centres located in Northern India such as Lucknow, Agra, Gwalior and Kanpur belt as well as Indore – Dhule – Bhopal region to the gateway ports JNPT and Mumbai. It will provide an alternate route to the existing central and western railway lines and will reduce congestion on the over utilized existing railway network," he said,

Indore-Manmad railway line project will be constructed within six years.